What You Need to Know About Show, Don't Tell 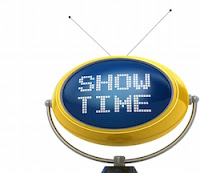 Show, don’t tell, has got to be one of the more frustrating pieces of writing advice out there. It’s ambiguous, it changes depending on the book, and most of the time, no one tells us how to actually put that advice into practice in our work.

It drove me crazy as a new writer, but it did send me down the path to where I am today—this site wouldn’t exist if I hadn’t been so determined to figure out how this “writing stuff” worked. And while I’ve written a lot about show, don’t tell (and taught many a workshop on it), I’ve never summed up what we need to know about it.

What we need to know about showing, not telling:

What Feels “Told” Depends on the Narrative Distance

This I why one novel can feel told and not be told, while another has less telling and feels more told. The deeper the point of view and closer the narrative distance, the more we need to show.

A quick check: is the point of view character experiencing the story through her eyes? If so, this deep POV will need to show more. Is the narrator a character other than the POV character and telling the story from a far? If so, telling is more acceptable because there’s an extra layer in the narrative distance. Determine where you narrator is, and you’ll be able to judge where that novel’s show, don’t tell line is.


While not every instance of these red flag words is a problem, the frequency of these words in told prose is enough to make them something to check for if we get feedback about not showing enough in our work. I’ve broken them down into several categories:

Motivational tells: Tells that explain motives and reasons, such as to, when, and because.

Emotional tells: Tells that explain emotion, such as in and with.

Descriptive tells: Tells that explain actions, such as as and could (sense).

Passive tells: Tells found in passive writing using to be verbs, such as was (verb) and is being (verb).

Placeholder tells: Tells found with words we know could be better written, such as adverbs and cliches.

If you’re getting feedback about told prose, try looking for these red flag words first.


Any time we stop to explain why a character is doing what she’s doing, or how something came to be, we’re probably telling. People rarely halt what they’re doing to think about the why—they just do it or see it. These explanations are frequently added because we’re afraid the reader won’t understand why our characters are acting or what something means. If we have to explain it flat out, we haven’t laid enough groundwork for that reason to be clear.

(Here’s more on telling motivation instead of showing it)

To (verb), when, because, and in (emotion) are red flag words that often hang around told prose that explains reasons, such as:

He reached over to pick up my cup.

When she couldn’t stand it anymore, she slapped him.

She ran from the room because she couldn’t bear his arrogance.

She screamed in pain as the knife sliced her hand.

Not only does explaining reasons risk telling, it frequently kills the tension of the scene, because we’re not leaving anything for readers to wonder about or figure out on their own.

(Here’s more on the dangers of explaining and exposition)


Description that does nothing more than explain what something looks like sucks the life out of a good scene and can make it feel told, even if it’s not. It’s just a statement of what the author knows is there, not how a character sees the world around her.

Flat description—be it setting, character or action—feels told because it’s not part of the story. It’s information that’s being added to the book, not characters in the book experiencing that detail. Such as:

The sky was a ruddy brownish red.

The sky was the color of cat vomit.

One tells us what color the sky is, the other shows us how the character feels about looking at that color sky. And that shows readers a whole different sky.

Telling Happens in Internalization, Too


We typically think of telling as something that happens in action or description, but we find it in internalization as well. The most common offender is when we have a character think about what he’s going to do next, and then we go on to show that happening.

Sometimes these bits read like mini descriptions of the next scene, or a slew of questions. It feels okay, because it’s just the character thinking about his plan, and that’s good. But when we look closer, it’s a mental debate that mirrors the decision-making process that happens right after.

These tells are the easiest to fix, because we just cut them and let the scene unfold. Some good red flag words to find these tells are realized and knew, such as:

He realized he’d have to find a way to get the matches over to the trunk without being seen.

She knew he’d never go for that plan, but she didn’t have a better idea.

When we find these words combined with a detached narrative distance, it’s a good bet it feels told.

(Here’s more on telling in internalization)


Telling does have its uses, though. It’s a perfectly valid technique for certain tasks, so we shouldn’t be afraid to use it when we need to. If showing is going to detract from what’s going on the scene, or draw too much attention to what’s really important, it might be better to tell. It’s also better to tell if showing is going to bog down the story or bore the reader, such as relaying every single thing that happens in a lengthly fight.

(Here’s more on when telling is better than showing)

Show, don’t tell doesn’t have to be a soul-sucking bit of feedback we dread. It’s much easier to fix when we know what to look for, especially when our beta readers and critique partners are pointing us at the trouble spots.

Do you have trouble with show, don’t tell?


Find out more about show, don't tell in my book, Understanding Show, Don't Tell (And Really Getting It).