Your Better Half: What Happens When One POV is Better? 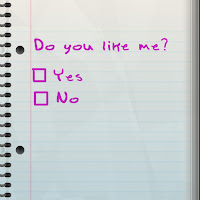 One of the hurdles of having a dual point of view (POV) is making sure readers like and care about both characters in the story. This is doubly hard if there’s conflict between them, but that conflict is something to be overcome, not the thing holding them back (as in, the second POV isn’t the bad guy).

It’s not unusual for one POV to pull ahead of the other in these situations. One is more developed, more likable, more sympathetic. He just have more charisma than the other--which creates a problem if you want readers to like them equally. What do you do when you know you have a “better half?”


I was once chugging along on a manuscript when I noticed that my male POV was a lot more likable than my female POV. There was a pretty good chance that readers would identify with him and feel negatively toward her. She’s not dislikable or anything, but she's a cool, calculated spy, and she came across that way. That was fine when it was a one-person POV spy novel (cause she was pretty cool), but after I added the second POV and a romance angle, she needed to be warmer. She needed to be a good match for the male love interest. And she wasn't.

A more likable character leads to readers being more interested in that plotline, and you could risk one whole side of your book being skimmed or worse, disliked, if readers don’t care about the other character. Not good for a story.


Showing a likable quality helps readers like a character. Concern for others is a nice trait, so I added in a layer of caring. My female POV started worrying more about the people in her life (like the eventual love interest). She still had her own selfish concerns of course, but she was aware of how other people were affected, and that made her nicer.

Ways to Make Your Character Care:

(Here's more on writing characters whose loyalty is uncertain)

Uncertainty About Her Own Beliefs


My girl started the story as a firm believer in what she was doing, but by the end of it, her views on right and wrong would change. Not getting to that soon enough was making her feel a little self righteous (and bad), so I let her second-guess a few things about her mission, question her motives, and react to things in a negative way that normally would have seemed normal to her.

Show a Sympathetic Side


Since she was my protagonist, it was important for readers to sympathize with her. Trouble was, the way I’d set it up originally, her actions toward the other POV made that hard to do. Readers liked him way more, so anyone who was mean to him was “bad.” No one was going to like her just because I said so. I had to show that she was in a bad spot, doing what she had to do, and would have done things differently if given a chance.

Give Them Goals Worth Rooting For


This was a particular challenge for me, because winning wasn’t so black and white in this story. Both sides had a lot of wrong assumptions, and neither was really right. And if readers preferred my male POV, then there’s a very good chance they’d consider his perspective the right one and think my female POV was the bad guy. I had to show that her ultimate goal meshed with his, and that her beliefs were every bit as important. Readers needed to want her to win, same as they wanted my male POV to win.

I was much happier with her POV when I was done. Having a little mystery and uncertainty to her character at first was also a nice hook and added tension overall. Redeeming her was something I played with later, and that “I like her but I don’t trust her” feeling worked very well in that regard.

If you run into a not-as-likable character as the other POV characters, look to see where you’re weak.
A few tweaks may be all you need to get that character back into the reader’s good graces.

Have you ever written a less-than-likable character? What about one POV that steals the show?