Real Life Diagnostics: Would These Queries Make You Ask for More? 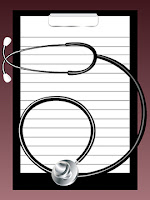 Real Life Diagnostics is a weekly column that studies a snippet of a work in progress for specific issues. Readers are encouraged to send in work with questions, and we diagnose it on the site. It’s part critique, part example, and designed to help the submitter as well as anyone else having a similar problem.

If you're interested in submitting to Real Life Diagnostics, please check out these guidelines.

Submissions currently in the queue: Two

Please Note: As of today, RLD slots are booked through September 21.

1. Would these queries make you ask for more?

Something a little different today, with a pair of very short query burbs.

On to the diagnosis…

When cousins Emma and Amazing Grant are thrust into their mobster family’s web of villainy, their businesses, independence, and safety are at risk. The kidnapping of Emma’s rock star boyfriend and blackmail threats against Amazing’s congressman fiancé, plunge them deeper into their family's grip. After they are pressured by Interpol to betray family loyalty and conspire to send their relatives to prison, the women put their separate plans into action. From San Francisco to Europe, family secrets and treasures are unearthed, assassins are close by, and murder is always in play.

Two women escape their scheming husbands and join two retired soldiers traveling in their RV heading toward a search and rescue mission in the Rocky Mountains.

In a couple of days’ time, Freesia Hollister has an MIA soldier in the back of a Jeep, heading for her remote mountaintop property to hide him from federal officials. Helicopters are hovering and agents are knocking, but she’s determined to shield the hero who uncovered a military crime, even if clearing him destroys the secrets she’s shielding and her freedom.

Some adventures end in love, others end lives.

My Thoughts in Blue:

The single paragraph reads more like a short summary than a query. I broke it into paragraphs.

When cousins Emma and Amazing Grant are thrust into their mobster family’s web of villainy, their businesses, independence, and safety are at risk. This covers the general premise of the story, so I wonder how this happened. But it sounds more like the second paragraph of a query, not the first.

The kidnapping of Emma’s rock star boyfriend and blackmail threats against Amazing’s congressman fiancé, plunge them deeper into their family's grip. Although this gives me new details, it doesn’t elaborate enough to give a sense of the story. Why is the mobster family going after these two? What does the family hope to gain that they’re doing this? It’s a situation, but it also needs a sense of character and conflict.

After they are pressured by Interpol to betray family loyalty and conspire to send their relatives to prison, the women put their separate plans into action. What is what? This doesn’t tell me what the plot is going to be. Also how does Interpol get involved? From San Francisco to Europe, family secrets and treasures are unearthed, assassins are close by, and murder is always in play. Fun ending line.

Please note: Some of my comments are based on what I know of this story from previous RLDs and conversations with the author.

Not yet. Although I can see a lot of fun aspects to this novel, there’s no sense of a story. It’s a listing of things that happen with no connecting thread to show the plot and goals of the characters.

Part of the problem is that it’s too short, so there’s not enough space to show those important details. You have around 300 words for a query letter, so use them. It’s essentially a three-paragraph summary.

Paragraph One: Establish the protagonist and world or situation. This could be showing Emma and Amazing and who they are, likely saying something about each trying to avoid their mobster families or the like to establish they don’t want to be part of the business. You might mention Emma’s foolish promise if that fits. Maybe both women made promises when they were younger—a deal with devil type thing? This is their world right before it all goes wrong.

Paragraph Two: This hits them with the conflict. The promises come due and they refuse, so the family retaliates to get them to fulfill their obligations (I'm guessing?). Right now, there’s nothing in this query that says why the family does these things or what they want, and that’s the guts of the story. The family did this because they want that. Emma and Amazing don’t want that, and here’s why this is a problem for them. It also might be worth mentioning why they can’t just go to the FBI, since that would be the first thing most people would do in this situation.

Paragraph Three: What the protagonist do to fix their problems. This shows the general plot of the book. You could also escalate the stakes more here with the Interpol problem, especially if this adds to their conflict mentioned in paragraph two.

You don’t need to cover the entire story in a query, but you do need to setup the problem and conflict that will drive the plot. It’s also good to get a sense of escalating stakes to show forward plot movement. Typically, a query covers up to the inciting event, then shows what the end plan is.

A query needs specifics so an agent can tell what the book is about. Putting “separate plans into action” says nothing about the plot. That could be anything, and there’s a difference between, say, the women going on a Rambo-like revenge fest to them pulling an elaborate sting and bringing down their family. I don’t know what they’re going to do so I don’t know the plot.

For book cover copy, vague is fine since you don’t want to give away too much of the plot. But for queries, the details are what set the book apart. All protagonists are faced with problems that put their safety at risk. They’re all pulled deeper into the problem. They all put plans into action. The specifics of how your protagonists do it is what makes this your book, and agents need to know those details.

(Here’s more on Query, Ho! The Anatomy of a Query)

Two women escape their scheming husbands and join two retired soldiers traveling in [their] who owns this? RV heading toward a search and rescue mission in the Rocky Mountains. A general sense of the story, but there’s not enough to understand it yet.

In a couple of days’ time, Freesia Hollister has an MIA soldier in the back of a Jeep, heading for her remote mountaintop property to hide him from federal officials. This drops me into the story as if I know how she got to this point, but I don’t. Helicopters are hovering and agents are knocking, but she’s determined to shield the hero who uncovered a military crime, even if clearing him destroys the secrets she’s shielding and her freedom. This isn’t a bad end line, but there’s not enough in the query yet to build up to it. Her secrets also come in out of the blue. If this is a conflict, you’ll want to show how the goal of helping conflicts with her goal of keeping her secrets.

Some adventures end in love, others end lives. I’m not sure of the tone here. Is this a happy or sad novel?

Not yet for the same reasons as Query #1. This one leaves me more confused since I don’t know this story at all. If we break this down into the same three-paragraph format…

Paragraph One: The introduction of Freesia and her friend, the problem with their husbands, and their decision to hit the road. Set the scene and the situation about why they're on the road and what they’re doing. I’m not even sure whose RV it is, the soldier's or Freesia’s. I assume that the women got fed up, took off and have a plan, and somehow they hit a situation that gets them involved with the soldiers.

Paragraph Two: The problem—they meet up with the retired soldiers and things get wonky. I’m assuming the guys need their help or something from them on this rescue mission. How do the women get involved? Why would they say yes? What could soldiers need from them?

Paragraph Three: What they do about it all. This might be the time to mention the MIA solider and whatever it is they’re trying to do with him. I’d assume it’s to get him to whoever can help him expose the crime he uncovered before the bad guys catch them.

Think about the people—problem—how it gets worse—what has to be done format. That’s essentially how queries unfold.

Overall, I think there are fun stories here, but there aren’t enough details for someone who doesn’t know the books to understand what’s going on. Try fleshing them out with the format I suggested and getting more of those details in.

On your first pass or two, don’t try to make it read perfectly or even worry about word count too much. Get the general flow right and find the right moments and details to share, then worry about polish and length. With email, you can go a little longer if you need to and queries aren’t so restricted to the one page they used to be with paper. Keep it under 500 words though, and closer to 400 is better if you have to go longer.

Thanks to our brave volunteer for submitting this for me to play with. I hope they–and others–find it helpful. I don’t do a full critique on these, (just as it pertains to the questions) and I encourage you to comment and make suggestions of your own. Just remember that these pieces are works in progress (many by new writers), not polished drafts, so be nice and offer constructive feedback.