Birth of a Book Part Three: The Idea Stage: Clarifying the Idea 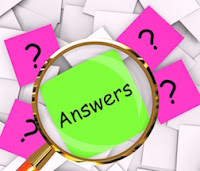