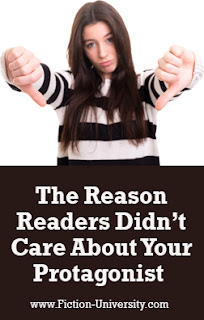 What happens when a great plot meets a character readers don’t care about?

I’m a huge fan of stories in all formats, from books, to movies, to TV shows and even games. But movies are particularly useful when talking about fiction. They condense a story into 90 minutes (more or less), and are more accessible than a novel that will take hours to read.

One great example is how a pair of similar movies showed how important a strong character arc is to a character-driven story.

The movies—So Undercover and Miss Congeniality.

So Undercover is basically Miss Congeniality with sorority girls, and the concept is so similar the weaknesses of one (and why) stood out like a palm tree at the North Pole.

So Undercover is about...
Molly, a tough-as-nails, street-smart private investigator, who is drafted by the FBI to go undercover in a college sorority, where she quickly discovers she's way out of her element among a sisterhood of snooty, high-maintenance, materialistic college girls. But Molly accepts the top-secret mission in order to protect the daughter of a key witness in a case against the mob.

Compare this to Miss Congeniality...
FBI Agent Gracie Hart goes undercover as a hopeful, eager contestant to be the next Miss United States in order to ferret out a terrorist targeting the event. But Gracie doesn't have a beauty-pageant bone in her body, and it's up to a team of consultants to turn the FBI's Dirty Harriet into a poised beauty.

Both movies follow two tomboys of the law enforcement vein (FBI vs. investigator) enter a world of stereo-typically feminine women to prevent a dangerous crime. While undercover, they struggle to fit in. Essentially the same fish out of water movie.

I didn't care about Miley Cyrus's character, Molly, in So Undercover.

On the surface, they're both well-done movies. Good acting, fun writing, good setups. But one movie had a solid character arc (Miss Congeniality), and the other did not (So Undercover) and that made a huge difference in my care factor.

I love plot as much as the next gal, but plot alone does not an awesome novel make.

And as a hard-core plotter, that’s hard to admit. But that’s the difference between a plot-driven and a character-driven story. Unless the story is about the heart-pumping action, readers want to care about the characters.
If you only look at the protagonists in these two movies, you'd think Molly would be more sympathetic: 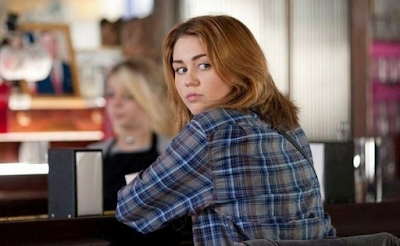 And Gracie seems a lot less sympathetic on paper: 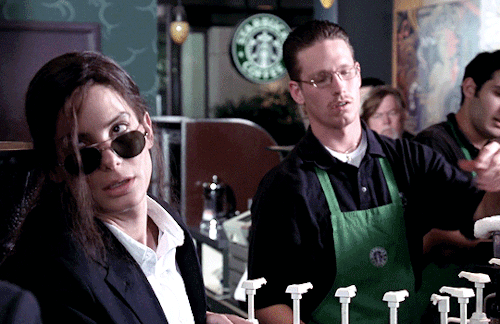 Molly is the girl you'd probably want to hang out with, while Gracie is the one you'd likely slip away from at a party.
Until you meet them in person.

Gracie has flaws. Big ones. But her flaws are why you care about her. She has a lot less going for her and lot more to learn and overcome, which makes her sympathetic. Molly is already solid as a person, even though she has a few rough edges.

And that's where the character arc comes in.

Tip #1: Flawed characters with something to learn are more sympathetic and have more room for growth.

Gracie is trying too hard to be one of the boys, and she's forgotten what it's like to be a girl. To her, girls are frilly and weak and lacking in the traits (she feels) a good FBI agent needs to be successful. She's handicapping herself by rejecting her own natural talents. To her, women can't be strong. She's denying a part of herself and she's not happy. She's trying to be what she's not.

Molly is strong and capable, but she isn't trying to avoid being a girl. She's tough for sure, rides a motorcycle, is into weapons, but there's never a moment where you feel she's trying to be like the guys around her just to fit in and be taken seriously. Her age is more of a problem for her than her gender. To her, the girly girls are stupid and easily ignored. Her life has problems, but they're aren't of her making.

Tip #2: The struggle to change helps endear a character to the reader.

Molly gets some new clothes and a makeover and fits right in. She smiles and offers some easy fake quips to hide her tough exterior, but she never becomes anything more than the tough chick in a dress acting like a sorority girl. She uses her investigator skills and is successful without having to change her ways or learn from her experience.
Gracie has to work hard to fit in with the pageant contestants. It takes a lot of effort to get her to look the part, and even more to get her to act it. The more she tries to be what she's always been (the tough FBI agent) the less she fits in and the less capable she is. She has to learn to use her untapped strengths as a woman to do her job well.
(Here's more on Grow Up Already: Creating Character Arcs)

Tip #3: A change of heart or viewpoint must come from a real change made from a struggle and an experience, not just because the plot says so.

When Molly decides to stick up for the sorority sisters, she does because...I don't really know why, aside from they let her stay with the sorority after they wrongly accused her of stealing from them. They don’t win her over by changing her view, she just gets used to their girly ways. And sticking up for them doesn’t cost her anything.
When Gracie decides to stick up for the women in the pageant, she does so because she sees they aren't what she thought they were. They’re not vapid beauty queens, but strong, capable women with ambition and a desire to make the world a better place. They've changed her viewpoint by their actions, and when she does stick up for them, it costs Gracie her job.

Tip #4: A character arc that forces a character to face their faults and come out stronger for it is a character readers can root for

At the end of So Undercover, Molly is pretty much the same person she was when the movie started. She's found a guy, but not because she grew as a person. He liked her for her the whole time, and her pretending to be someone else even came close to driving him away. Had she run into him on the street while doing a PI job, they could have wound up together anyway.
She's decided to go to school, but there's never a sense that she's doing it to become a better person or has learned from her experience going undercover. She's just in a position where she no longer has to worry about Dad and this looks like fun. And Dad is miraculously no longer a problem, which doesn't make sense. Last week she worried about him, this week she's decided she has to live her own life and can't take care of him anymore, and that's okay.
By the end of Miss Congeniality, Gracie has learned to embrace her femininity and use it to empower her. She no longer has disdain for the pageant contestants, but respect for what they do and who they are. She's found a new source of strength and her life is better because of this transformation. Including her love life, as she ends up with one of her fellow agents. (Though in a way, this is a bad thing as he didn't notice her until she became beautiful. Shallow dudes do not make good boyfriends). But Gracie is happy and no longer alone, so it's a win in her book.

(Here's more on The 5 Turning Points of a Character Arc)

If your protagonist learns something from their experiences in the novel, readers will care more about them and their story.

Two movies, two women, two similar journeys. One I cared about, one I didn't. Gracie's story left me smiling and happy, cheering for her and thinking what a cute and fun movie it was. Molly's story left me thinking that could have been better. It had all the right pieces but it fell flat.
Don’t be a Molly. Learn from these two women, and don't let your novels fall flat with weak character arcs.
EXERCISE FOR YOU: Take five minutes and identify where and how your protagonist changes during the story. Do they learn a lesson that helps them grow as a person? Do they need to? (Not every story needs a character arc, but the more character-driven it is, the more that arc is needed). Brainstorm ways your plot might affect your protagonist and their character arc.

What's your character arc? What does your protagonist learn from their story experience?
*Originally published February 2013. Last updated October 2020.
Find out more about characters, internalization, and point of view in my book, Fixing Your Character & Point-of-View Problems.