Getting the Best Response From Your Characters 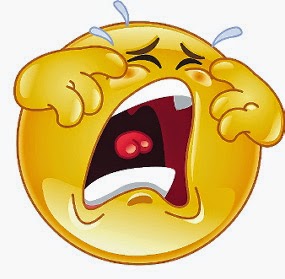 A very common structure in writing scenes is the action-reaction-emotional response element. The character does something (or something is done to them), they react to it, and they feel something about that reaction.

Simplistic, but it has all the right pieces. What makes this stimulus/response structure work so well is that this is how people process information, so it gives us a perfect format to double check ourselves in our stories and avoid common pitfalls like telling instead of showing--if readers don't see it, then there's a good chance we're telling it. Let’s look at type of sentence probably every writer has written at some point:


Leslie jumped as a girl screamed.

The scream is what causes Leslie to jump in the first place. Action/reaction. Stimulus/response. Putting the jump first is out of order and Leslie is jumping before the reader hears the girl scream. The reader has to pause—even if it’s just for a moment—to figure this out. A moment might not seem like much, but anything that pulls the reader out of the story is a chance to lose that reader.

It also could be a telling red flag, as readers are being told the reason why Leslie jumped, as if the narrator knew the entire time even though it hadn't happened yet. (However, if the narrator does know, or this is an omniscient narrator, it could work just fine)


Leslie jumped when a girl screamed.

But this has problems, too. “When” feels even more told to me. It's not showing Leslie jump, it's telling us she does and why. It also has the same reaction before the action problem that “as” does. Let's try flipping it.

This is the natural action/reaction format we’re used to. There’s a stimulus, and a response to that stimulus, but it's a little flat. Too much action/reaction like this in a row gets boring after a while and starts to feel mechanical. What we need is the emotional response to break it up. What Leslie does after she jumps.

That will depend on the pace of the scene. A fast scene might leave it as is or have a short internal thought. A slower pace might give Leslie time to think about the scream and the jumping. The emotional response is probably one of the better tools a writer has to control pacing. How much internalization and what the POV is thinking about determines how fast the scene will read. That emotional response is also a fantastic way to keep readers in the head of the POV character so the action scenes don’t feel so dry with a lot of description of stuff happening. Let’s look at a snippet with action, reaction, but no emotional response.


A girl screamed and Leslie jumped. She dropped to the floor, hands over her head, her whole body shaking. Footsteps echoed in the hall, coming closer. Sirens rose above the crying and the frantic whispers. Doors slammed, then more screams. Tears burned Leslie’s eyes and she wiped them away.

Did you start to drift out right about “doors slammed?” Even though this should be exciting, there are just too many details in a row without hearing from the POV character, so it feels detached. That’s the strength of a good emotional response. It can keep the reader in the POV’s head and keep them firmly in the story.


A girl screamed and Leslie jumped. She dropped to the floor, hands over her head, her whole body shaking. We’re gonna die! Footsteps echoed in the hall, coming closer. This couldn’t be happening, not to her. Tears burned Leslie’s eyes and she wiped them away. She had to see. Had to know.

Odds are you're more interested now. Leslie has her emotional response to keep you connected to her–she drops, she thinks about dying, she’s shaking–then the action continues. It’s fast paced and doesn’t slow the action down. But what if we spend longer in her head and less on the action details?


A girl screamed and Leslie jumped. She dropped to the floor, hands over her head, her whole body shaking. We’re gonna die! She’d never find out what might have happened with Peter. Would never see his sweet smile or feel his arms around her shoulders as they walked from class to class. She’d never know if he’d really tried to kiss her yesterday or if it was just one of those moments. It was so unfair! This couldn’t be happening, not to her. Tears burned Leslie’s eyes and she wiped them away.

Feels slower, doesn’t it? That’s not a bad thing if you want the pace to slow down, but if you’re trying to write a quick, breathless scene, pausing for a lot of emotional internalization will do just the opposite. It can also pull the focus away from the point of the scene and make readers wonder why the POV is going on and on about this when that is happening.

The trick is to find the right balance between the pace you want, and the emotions you want the reader to feel. Since this is a girl worried about dying and all the things she’ll never get to do, using those fears to help raise the tension is a nice mix of emotion and action. It’s not just “panic thoughts,” it’s details that make you feel for this girl.


A girl screamed and Leslie jumped. She dropped to the floor, hands over her head, her whole body shaking. We’re gonna die! She’d never find out what might have happened with Peter. Her sister would have to face the Beasley twins all alone. This couldn’t be happening, not to her. Not now. Footsteps echoed in the hall, coming closer.

Still fast paced, but the emotion helps build the tension, not deflate it. Even the things Leslie feels lend themselves to “what will happen” questions the reader might also be wondering about. What would have happened with Peter? What will happen with the sister and the twins? Why is now important? The questions give just enough of a pause to let the situation sink in before showing the next danger.

(Here's more on And the Pace is On: Understanding and Controlling Your Pacing)

Things to Remember With Stimulus/Response

1. No one reacts to nothing.


There’s always a trigger (stimulus) that causes that reaction. Something heard, felt, seen, realized, whatever it is, it's the stimulus that makes the character respond. Keep an eye out for things the character is reacting to that haven’t happened yet.

2. Help keep action scenes from becoming dry by slipping in a little internalization now and then.


Internalization helps maintain a personal connection between reader and character, and that helps keep the tension tight and the reader reading. Keeping descriptions in the character's voice is another good way to achieve that connection when internalization isn't an option.

3. Determine your amount of emotional response by the pace you want for the scene.


Fast paced = quick response, slower paced = longer more thoughtful response. Also consider what's happening in the scene itself. How much time does the character have to respond? If the character has little to no time to think, giving them three paragraphs of internalization is going to feel slow and unnecessary.

Writing is all about getting readers to react and respond to our words. How we control the character’s responses, goes a long way to how the reader responds to the story.

How do you handle stimulus/response with your characters?