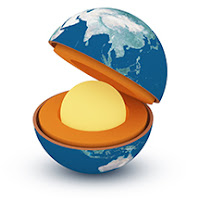 In my novel The Shifter, it's all about saving the sister. Other things happen, but that core problem is what's driving Nya, the protagonist, to act on every page.

Look at your core conflict and examine how your protagonist resolves it. What has to be done to solve this external problem? To avoid it? To fix it?
Not sure? Try working backward from the end of the novel. What happens in the climax? What problem needs to be solved for the novel to end? Odds are that's your core conflict. If not, that's a red flag for issues with the plot or story concept.

How this helps with plotting: Knowing the core conflict helps you determine what scenes and goals are needed to get the protagonist from the opening page to the end of the novel.
In each individual scene, look at the protagonist's goal and ask if it connects to, or gets the protagonist to, this core conflict.
If yes, you know you're on the right track plot-wise. If no, there's a chance the scene is heading off on a tangent and doesn’t serve the story. If you're unsure, then it's possible the scene covers an important character moment, or has value in another non-plot way.

(Here's more on Oh, Woe Is Me: Strengthening Character Goals)

Try pinpointing these two conflicts and brainstorm how to resolve them. Think about what the protagonist might do and why.