Cover Me, I'm Going Back: Tips on Writing Flashbacks 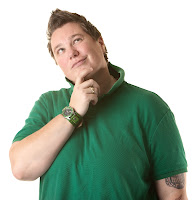 Like so many things in writing, there's nothing wrong with flashbacks if they're done well and are necessary for the story. When the protagonist's past has bearing on the current plot, it might be an opportunity to stop and show what happened in that past. If the information is shoved in there to explain something for the readers, it might be the type of flashback to reconsider.

Any time you say, "he remembered when..." or anything similar, you're flashing back. Most people think of flashbacks as long scenes, but they can be short, feeling more like memories than scenes.


Bob remembered the day he first met Jane. She was so sweet, standing there by the copier with toner spilled all around her and this cute "oops" look on her face.

Sometimes they're entire chapters written out in dramatic form like the rest of the book.


Bob remembered that day so fondly.

They were all in the conference room, waiting for Jones to get there and start the meeting. A woman squealed and everyone in the office stopped and looked. Bob turned, curious himself.

The new girl, Jane, was by the copier, standing in a sea of black toner. It covered her feet, her floral skirt, even a few speckles across her nose. Or were those freckles? He couldn't tell from there.


Large or small, the trick to a good flashback is to provide information readers actually want to know. Until they care about a character and are curious about that character's past, spending time showing that past (or worse, explaining it) risks boring them and encouraging skimming ahead.

(Here's more on What "Stranger Things"Can Teach Us About Flashbacks)

Tips for Writing a Good Flashback

1. Make it about things readers want to know.


If you've teased readers with a secret for a while, and they're dying to know what happened, a longer flashback will likely hold their interest. In The Shifter, my protagonist Nya has memories of her life before the war, and what happened to her in that war. Small lines here and there, casual mentions of things that affect her deeply, but I never flashed back more than a paragraph or two. After a while, reader curiosity was piqued, and they really wanted to know her history. I waited until book three (Darkfall) to finally spill all the beans in a longer flashback scene.


Information revealed in a flashback should advance the plot in some way and moves the story forward. It can also be something relevant to the character's development. Using a flashback to trigger a realization can be quite useful. For example, Nya has a lot of little flashbacks where a memory that had no meaning for her as a child suddenly has relevance to the plot as she puts the piece of her childhood together.

If the flashback doesn't do these two things (it's not relevant to the scene and readers won't care about the information), there's a good chance you can cut it and insert the information another way.

3. Shorter is usually better (though not always).


The story stops when it shifts into a flashback, which risks losing readers. The longer they stay away from the main narrative, the higher the chance they'll start skimming to get back to "the good stuff" of the main plot. This isn't always true though, and some novels have worked well with extended flashbacks, especially if the point of the novel is to expose a bigger mystery of the past. This is tricky to do, so I recommend adhering strongly to #3 and make sure every flashback portion is just as compelling as the main narrative. It has to be more than just, "this is how it all happened" explanation to hold reader attention.

4. Don't use a flashback to explain.


Resist the urge to explain how your character got there/was affected by/shaped by this event. A good flashback is a revelation, not an explanation. Subtle difference, but it changes how readers absorb the information. If they feel as if they're figuring something out, they'll read on. If they feel as if they're being told what's important in the story, they'll likely start to skim just to get the key plot details. Dramatize any longer flashbacks and make them as interesting and important as a regular scene. As soon as you start to feel that explanation coming on, stop yourself and see how you can show it instead.

However...sometimes you need to explain a little and that's okay. My rule of thumb: keep it in the character's voice and make it read naturally to whatever is going on. Make sure there's a reason for that character to flash back on that memory. If the explanation does more than just "explain" something, (perhaps it shows a character's trait, describes the setting, or raises the tension a little) that's even better and readers will absorb that information and move on without stopping.

5. Give longer flashbacks the same drive as a regular scene.


If the flashback has it's own goal--conflict--stakes structure, it will draw readers in and make them curious to see where the "scene" goes. The longer you ask them to pause the main storyline, the more responsibility you have to entertain them during that side trip.

Flashbacks can be a very effective tool when used well, and they can help you eliminate back story. A few lines of memory can often dramatize a past fact a lot better than exposition, and help you characterize to boot. What a character remembers and how she feels about it does more than just explain the information.

How do you feel about flashbacks? Like them? Hate them? Do you use them or avoid them in your own writing?


Find out more about show, don't tell in my book, Understanding Show, Don't Tell (And Really Getting It).