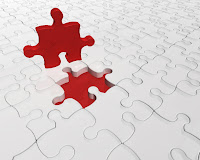 
I'm still recovering from my weekend at the Space Coast Comic Con, so here's a golden oldie from the archives. Enjoy!

Sometimes a story goes through several drafts before you figure out the best way to tell it. Problem is, you often end up with multiple drafts, and there's good stuff in every one. Finding a way to piece together all the best parts and still make the story feel cohesive can be a challenge.

Regular readers of the blog will sense a list coming, and they're right. Lists can be incredibly helpful at giving you an overall look at your story, especially if it's in several pieces. This could be a great place to start figuring out which pieces contribute to your core conflict and which don't. You can hit the critical details in all the scenes you plan to use and see how they flow together. Maybe even use that one-line summary that describes the plot movement so you can see how they connect to the overall story arcs.

It can also be helpful to create a new file and start pasting in all the scenes you want in the order you want them in. The story won't make a ton of sense since the scenes will likely be disjointed, but they'll be in place and give you a better sense of how they flow and work together (and let you see where you might need to write more or cut back). For those using the Three Act Structure, this is quite helpful in determining where you major set pieces fall, and if the right scenes are in the right places. You might find you have too much set up and not enough for Act Three (or vice versa), and will need to adjust.

In multiple drafts, it's easy to have favorite moments you want to include, and you'll probably work hard to get them to fit. But just because it's a great scene doesn't mean it's great for the final story or plot. When I'm trying to fit a favorite bit into something I'm writing, the difficulty fitting it is a big red flag that it might not be the right scene for the book. Forcing a scene almost always ends with a big stumbling block for the reader as soon as they hit it. It doesn't flow, it doesn't quite make sense, it doesn't really advance the story.

This doesn't hold true for every tough bit to fit, and once in a while, I come up with a seriously cool way to make it work that I wouldn't have thought about otherwise. But I'll be honest and say this is rare. If you find yourself beating your head against a scene, it might be time to file it away and save it for another story.

What to Look For to See if Your Scene Fits:

That Looks Right, But...

Another common snag in piecing together drafts is what I like to call revision smudge. Those bits that get left behind that reference something no longer in the story. You changed which character was in the scene with your protag, you changed the location, the goal shifted slightly or the stakes altered. Reading these scenes feel "right," but when you look closely, you realize that part of the story is no longer there. That reference was cut, or changed, or was even moved to a new location.

Things to Look For That Could Be Revision Smudge:

Didn't They Say That?

Description and backstory are two more spots that can cause trouble. A scene that introduced a character in chapter one might now be in chapter five, and readers already know who they are. Do a Find on each character's name (or a key detail of backstory) and see what info you reveal first, then every other time that name/detail is mentioned. This can be time consuming, but you'll know exactly where you say what about a character, and I've caught many a repetition this way.

Revising chronologically also helps see the story as it unfolds, since you can easily flip back and double check details. And just having read it, the actual text will be fresh in your mind. You might even make an easy-to-check list of things you changed that need to be edited overall.

Piecing together multiple drafts can be tricky, but a little pre-planning can save you a lot of time and effort.

Have you ever pieced together several drafts? Or tried to combine two story ideas into one? What pitfalls did you stumble into?

Looking for tips on revising your novel? Check out my book Revising Your Novel: First Draft to Finished Draft, a series of self-guided workshops that help you revise your manuscript into a finished novel. Still working on your idea? Then try my just-released Planning Your Novel Workbook.

Janice is also the founder of Fiction University, a site dedicated to helping writers improve their craft. Her popular Foundations of Fiction series includes Planning Your Novel: Ideas and Structure, a self-guided workshop for planning or revising a novel, the companion Planning Your Novel Workbook, Revising Your Novel: First Draft to Finished Draft, and the upcoming Understanding Show Don't Tell (And Really Getting It).