Why Your Character (and You) Should be an Expert in Something 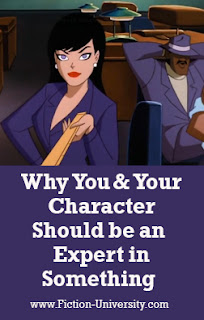 JH: Readers remember (and usually like) characters who are good at things, so it’s worth taking the time to discover where your protagonist had mad skills. Alyssa Hollingsworth visits the lecture hall today to share tips and thoughts on making you and your character and expert.

Alyssa was born in small-town Milton, Florida, but life as a roving military kid soon mellowed her (unintelligibly strong) Southern accent. Wanderlust is in her blood, and she's always waiting for the wind to change. Stories remain her constant.

She got her BA in English with an emphasis in Creative Writing from Berry College and my MA with honors in Writing for Young People at Bath Spa University. She’ll happily talk your ear off about either of these programs — they both rocked!

The Eleventh Trade was her debut novel with Roaring Brook/Macmillan (U.S.) and Piccadilly Press (U.K.), as well as a handful of other foreign publishers. Her second book The Invisible Boy comes out Summer 2020.

Take it away Alyssa…

I was still a young reader when I first noticed a lot of the characters I liked the most had something in common. I’m not talking about the brooding attitude (also true) or the snarky banter (very true). I’m talking about characters who know something—who are, in some niche and strange way, an expert.

Sherlock Holmes is an obvious example. This character has got it going—show him a piece of dirt, he knows what London neighborhood it came from. As a reader, I’m fascinated. I want to know more about what he knows. 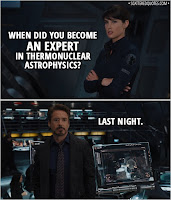 Now, I would not recommend replicating Sherlock Holmes. He is perilously close to being too much of an expert in too many things. But if you take a moment to reflect on characters who particularly stand out to you, I think you’ll find this same personality trait in a lot of them. They are the Katnisses, Tony Starks, and Jo Marches of fiction.

So how can you replicate this in your own writing—especially if you aren’t an expert in much of anything? It’s easier than you think.


Ask yourself: What is something in this character’s world that both they and I find interesting?

Maybe it’s color pigments and dyes, like Kira in Gathering Blue. Or maybe astrophysics, like the middle grade book The Infinite Lives of Maisie Day. But it should be a subject that you yourself want to learn about (or already know a lot about). For example, have I had an idea with a main character who loved math? Yes. With my record of math failures and deep-seated hatred, would I want to write that character as a protagonist? Ehhhh.

Ideally, this niche thing should be connected with your story or plot—even if you’re not wholly sure how when you come up with it. The protagonist’s expert knowledge should turn out to be useful, whether to solve a mystery or put them in a specific location for a specific event.

For example: My up-coming book The Invisible Boy is about a girl living in suburban Washington DC who thinks her neighbor might be a superhero. So when my protagonist (12-year-old Nadia) announced that she’s obsessed with Lois Lane, I was all for it. Nadia arrived in my story with a massive knowledge of superhero lore, unwittingly making herself the prime target for a case of mistaken pseudo-superhero identity.

Of course, there was one tiny problem: My knowledge of Lois Lane could be summed up in the sentence, “She is in Superman stories.”

Not a great start.

(Here's more on What Are Your Secondary Characters Good At?)


Whatever your character wants to specialize in, you can bet that there’s a book about it. Or a movie. Or a Youtube video. Or a podcast. Or all of the above!

You can also reach out to pre-existing, real-life experts. Professionals are busy and definitely shouldn’t be hounded. But everyone loves to talk about That Thing that makes them light up—so chances are, they’ll be able to point you to good resources even if they’re not able to go out for coffee. These people are also good to keep in your contacts for later on in revision, when you need to do accuracy checks.

Anyway. You know what you want to know more about. So start consuming.

I generally begin this stage around the time I’m first plotting my books. I will queue up anything that looks useful or interesting, and start taking in as much as possible while I’m brainstorming the story itself. This means that if I learn something earth-shattering (Lois Lane gets a bad rep, but with good creators she’s actually a clever and complex character) I can incorporate it early in the game.

Now, any student knows that what you know today you might not know tomorrow. So anything that is useful or just plain interesting should be written down. It can go in your novel journal, it can go in a Google Drive—whatever pleases you. But put it down somewhere (with the reference!) that you can find it again when you need it.

(Here’s more on Why OneNote is One-Derful for Writers)

While I’m writing the first and second drafts, I let my research peeter off. That way, I have maximum freedom to follow the story where it wants to go.

When real revision comes around, I dive right back into the deep end, consuming as much as I can. I look for places in my writing where I get fuzzy (“she wore a Lois Lane-ish outfit”), then pull out my resources and revise for specifics (“she wore a purple skirt and matching blazer, like Lois Lane in the animated Superman cartoons”). This is a nice place to call on those folks who are experts IRL.

So, here’s a question for you: What is your character an expert in, and what do you want to learn about it? And if you’ve already done this, what strange rabbit hole of knowledge have you found in your research?

About The Invisible Boy

If no one sees him, does he exist? This superhero-inspired adventure story explores friendship and what it means to be truly brave.
Nadia looks for adventure in the pages of her Superman comic books, until a mysterious boy saves her dog from drowning during a storm and then disappears. Now she finds herself in the role of Lois Lane, hunting down the scoop of the Invisible Boy. Suddenly she’s in a real-life adventure that’s far more dangerous than anything in her comic books.

The Invisible Boy is a mystery and an adventure story, as well as a story about child labor trafficking. Like Katherine Applegate, author of Crenshaw and Wishtree, Alyssa Hollingsworth takes a difficult subject matter and makes it accessible for middle-grade readers.