Writing About Slavery in Historical Fiction 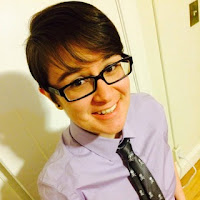 JH: With some topics, it's tough to strike a balance between approaching the subject authentically but not romantically, and being honest about it without normalizing it. Today, E.R. Ramzipoor visits the lecture hall to share some tips on how to write about slavery in historical fiction.

E.R. Ramzipoor is a writer and freelance editor represented by Kristin Nelson of NLA. She is based in Oakland, CA. Her novel The Ventriloquists, about a World War II newspaper heist, is coming out August 2019.

When I started working on my early American historical fiction novel, I intended to sidestep the issue of slavery, moving it offscreen wherever possible. I’m not African American, and I did not feel comfortable writing about a history that’s not mine. But then I came across a letter that Martha Randolph wrote to her father in 1801. Randolph writes that her children are behaving well, but that she’s had some stomach trouble. She ends the letter this way:


The Nailers all returned to work & executing well some heavy orders, as one from D. Higinb.m for 30.000. Xd. Moses, Jam Hubbard Davy & Shephard still out & to remain till you order otherwise—Joe cuting nails—I had given a charge of lenity respecting all: (Burwell absolutely excepted from the whip alltogether) before you wrote: none have incurred it but the small ones for truancy & yet the work proceeds better than since George.

Martha Randolph’s father was Thomas Jefferson, and she was describing the slaves building Monticello. In a paragraph, she goes from talking about how her kids are performing in school to letting her father know which slaves are exempted from the whip and which are receiving beatings for truancy. The institution of slavery was so ingrained in Randolph’s life that it was an afterthought, relegated to the letter’s postscript.


In discovering this letter, I realized that to sidestep slavery in historical fiction is to erase a fundamental part of our history. (And here I recognize my privilege. Black Americans don’t “realize” this idea. They live it.) We can no longer pretend that there are “white only” stories, that we can hand-wave slavery as it suits us. True, we are authors, not historians—but anyone who’s experienced a meaningful work of art knows that fiction and truth are not mutually exclusive, but mutually dependent.

If you’re developing a work of early American historical fiction, this piece is intended to help guide your thinking. The responsibility of writing my story pulled me in many directions: balancing sanitizing against glorification; engaging deeply with a truth that’s not my own while not flinching from a truth that shaped every facet of the days I’m writing about—and that continues to do so, for the institution has left us grappling with systemic issues to this day. I’m hoping this piece will aide you as you face similar questions.


Nobody likes writing about slavery. But the ugliness of slavery—and the discomfort you feel in dialogue with its historical legacy—are all the more reason to look at it unflinchingly. Take these two steps to avoid sanitizing slavery in your writing.

First, be careful with your language. They were not “workers,” “laborers,” or “hired hands”. They didn’t “immigrate”. This is more than just semantics; our language shapes the way we think. Every time a writer calls their character a worker instead of a slave, it contributes to the narrative that slavery was nothing more than intended servitude by another name. It’s also inaccurate. No 18th century American would have called Washington’s slaves “indentured servants”.

Second, do your research. Even if your main characters are not slaves, everyone who lived in early America interacted with and thought about slavery. There are countless books, articles, and primary and secondary source documents—online and free to access—that are available to help you out. It’s particularly helpful to read descriptions of slaves and slavery that are contemporary to the era you’re writing in. (Some of these pieces will be difficult to read. They’re still worth reading.) While researching, make sure you’re setting yourself up to amplify black voices through your work: it’s important to familiarize yourself with how black thinkers have written (and are writing) about slavery, and that your writing reflects their understanding of this history. If this isn’t your cultural experience, then you must defer to black voices.

2. But don’t glorify it either.


You might be tempted to skip this section. After all, who would glorify slavery? Here’s the thing, though: you won’t mean to. Despite our best intentions, our country’s nostalgia for the plantation era continues to perpetuate lies and misunderstandings about slavery.When crafting characters, don’t bend over backwards to create rosy, unrealistic relationships between slaves and their slavers. Sadly, there weren’t many “white saviors” who sought to lift people out of bondage. Contrary to popular belief, the house slaves—who worked in the home rather than the field—weren’t treated especially well and certainly weren’t “part of the family”. Many were women with fair complexions who were subjected to a great deal of sexual violence and abuse. And house slaves were still slaves.

On the other side of the coin, don’t dwell on gratuitous descriptions of atrocities like rapes and beatings. They’re important parts of the story, but there’s no need to spend four pages describing a lashing. Again, watch your language when writing these difficult scenes to ensure you’re not glorifying the aggressor. I know it’s a hard line to walk, so if you’re not sure whether you’re toeing the line, consider hiring a sensitivity reader to check.

Relatedly, avoid long racist monologues, even those written in the name of “realism”. If your novel is realistic, then you might have characters who truly did hate people of color—and even ostensibly well-meaning early Americans held racist views. Many abolitionist Congressmen nonetheless believed African Americans were intellectually inferior to whites. You do want to reflect how people of that era thought and spoke, using period-appropriate language. But you don’t want your novel to read like a white supremacist manual.

3. Remember to write people who are people.


As a reader, you want to get to know characters who are as complex are you are. As writers, we have the responsibility to build those characters. When you’re writing about slavery or referencing a history that’s not yours, it’s especially crucial to ensure you’re writing people and not caricatures.

Take the time to familiarize yourself with common African American stereotypes and tropes, particularly those associated with early American history. To start, Wikipedia has a great overview. Ask real-life people of color about the books and movies that have resonated with them and which have dropped the ball on black characters—but remember that it’s neither their responsibility nor their burden to educate non-PoC, and that you’re asking them to dredge up a painful part of their life. Some museums and historical landmarks are great resources for your questions, too. When the PoC in your life do offer their views and experience, listen carefully and respectfully.

And remember to tell the whole story. If you’re a man, you’re not only a man: maybe you’re also a runner, a teacher, maybe you’re anxious and kind, maybe you spent three years living in Peru. The point is that while you can’t divorce your identity from your story, there’s more to your story than your identity. If your character is a slave, they aren’t only a slave. Develop your character as a whole person.

A few rules of thumb are helpful here. Alison Bechdel came up with a test to evaluate how women are portrayed in fiction. To pass the Bechdel test, a work of fiction must have 1) two women 2) who talk to each other 3) about something other than a guy. Inspired by the Bechdel test, other thinkers have come up with similar measures for African Americans in fiction. The DuVernay test asks whether “African Americans and other minorities have fully realized lives rather than serve as scenery in white stories”. The Guardian’s Nadia Latif and Leila Latif went a step further, posing five questions:


1. Are there two named characters of color?
2. Do they have dialogue?
3. Are they not romantically involved with one another?
4. Do they have any dialogue that isn’t comforting or supporting a white character?
5. Is one of them visibly not magic?


Understand What You’re Taking On


Take a step back to think about what you’ve gotten yourself into. In writing early American historical fiction, you might have to write about some horrifying things. You might have to learn things you’ll want to unlearn. Ask yourself whether you’re willing to accept that responsibility, and give yourself the permission to walk away if you’re not. And you know what? You’ll also get to write about some beautiful things: resilience, freedom, hope. That should factor into your decision too.

As I mentioned, I am not writing my own cultural experience, and I’m certainly not infallible. If you have comments or critiques, please join the conversation. Only by advancing this dialogue—by broadening our cultural narrative to include more of us, not fewer—can we write the more perfect future we were promised in the era of American slavery.
Share