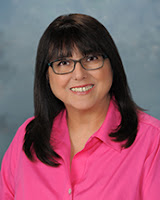 JH: A strong character journey can be a powerful element of a story. Please help me welcome Dorian Cirrone as she visits the lecture hall today to share her technique for creating memorable character arcs in her novel.

Dorian is an award-winning writer of books for kids and teens. Her most recent book, The First Last Day (Aladdin/Simon and Schuster) has been translated into five languages and was featured on Bank Street College’s Best Books List and New Mexico’s Battle of the Books list.

Take it away Dorian...

Back when I began to obsessively amass a library of how-to writing books (more years ago than I care to say), the instruction was mainly about plot, setting, character, and conflict. All good things. But after several years, I noticed the how-to books talking about things like wounds, inner journeys, and transformations. After studying these books, I began thinking more about my own characters’ internal passages.

As a type of shorthand for myself, I chose five aspects of the journey all beginning with the letter L, which made it easier for me to chart my MC’s transformation. Now, when I start a story, I make sure I have an idea about my character’s five L’s before I even open a document. So if you’re prepping for NaNoWriMo, I hope that determining these five L’s might give you a jumpstart for November—or any other month you decide to sit down and write. Here you go:


While the traditional hero’s journey begins in the ordinary world and is most likely aiming toward an external, tangible goal, it’s important to note that a character must also have an internal journey toward transformation. In order for this to happen, she must be lacking something in that ordinary world or else the journey wouldn’t be necessary. This lack, or what Elizabeth Lyon, in her book Manuscript Makeover, calls a “hole in the soul” is caused by a backstory wound, a term that has become widely popular in talking about fiction.

One way to determine what your character is lacking is to determine her core wound. An exercise to help with this is to free write in your character’s voice and finish this sentence: If I could go back and change any moment in my life it would be …


Because of this lack, your character has grown to believe a big fat lie about himself. He may believe he is too weak to reach his outer goal. Or he may believe he has to achieve this goal alone with no one’s help. Other common lies could be that the character is unlovable, stupid, cowardly, etc.

An example of how a lie prevents a character from taking action is in Laurie Halse Anderson’s novel, Speak. The lie the character believes is that no one will believe her story. So she stays silent. Another example screenwriting guru Michael Hauge uses is the character of Shrek. Because he grew up as an ogre, he believes that he’s scary and unworthy of love, which also determines his behavior. Whatever the lie is, it impedes your character’s journey toward the want (external goal) and the need (internal goal).

One way to determine the lie your character believes is to write him a letter from another character in the book who cares about your MC. The letter would start: Dear ---, I know you won’t believe me because you think you …

3. Look in the mirror


In Writing Your Novel From the Middle, James Scott Bell uses the term, “Mirror Moment.” This is a moment—Scott believes it’s right smack in the middle of the story while others believe it could come later—when your MC assesses what stage she is in regarding her inner conflict. Bell is quick to point out that this moment is not necessarily a whole scene, but a moment of clarity that will affect the rest of the character’s inner journey.

This Mirror Moment is metaphorical and can involve any type of gesture, thought, or action in which your character gets a glimpse of himself. One of my favorite examples Bell uses is in Casablanca after a drunk Rick calls Ilsa a whore. Once she leaves the saloon, he puts his head in his hands. It’s a simple action, which speaks volumes. Bell explains that the rest of the movie then becomes about whether Rick will retain his destructive behaviors or transform into a better person.

Is there a moment in your story in which your MC has a sudden realization that everything he’s been doing has worked against him? Is there an action, thought, piece of dialogue, or gesture he can make that would indicate a realization that maybe he has been doing things all wrong in order to reach his goal?


Once your MC has this Mirror Moment, she begins to slowly move toward transformation. The rest of the story will involve a gradual letting go of the lie and the old behaviors that accompany it. Because the lie is often a protective device for the character, the letting go of these behaviors can be difficult. For example, in the film, The Proposal, the Sandra Bullock character’s lie is that love will only bring heartache. So, in order not to get hurt, she has put up a protective shield by behaving in ways that cause others to keep their distance from her. But once she recognizes the lie she’s been living, she begins letting go of the protective behaviors and opening herself up to love.

In most cases, letting go allows your MC to access inner resources to fight that huge external battle that’s approaching at the climax. One way to determine what your character has to let go of is to make a list of destructive behaviors your character engages in due to the lie. Then think about scenes that will demonstrate the actions that will reflect the letting go.

Hauge explains it as a character moving from living a false identity to living his “essence” or true self. Whatever one calls it, the transformation must be visible in some way. It’s often marked symbolically by having a character give up an object. Or by showing your character at the end of the story in the setting he began in but as a completely different person.

One great example of this, given by Jeff Gerke in Plot versus Character, is in the movie Groundhog Day. On each repeated day, the Bill Murray character steps in the same pothole. But once he is transformed, we see him stepping around the pothole. It’s a simple action but shows so much.

So these are the five points of passage I’m currently using to track my own MC’s inner journey. I hope they’ll help you chart your character’s internal transformation as well.

About The First Last Day

The magic of summer comes to life in this “heartfelt” (School Library Journal) middle grade debut about an eleven-year-old girl who must save the future by restarting time after she realizes that her wish to relive the last day of summer may not have been such a great thing after all.

What if you could get a do-over—a chance to relive a day in your life over and over again until you got it right? Would you?

After finding a mysterious set of paints in her backpack, eleven-year-old Haleigh Adams paints a picture of her last day at the New Jersey shore. When she wakes up the next morning, Haleigh finds that her wish for an endless summer with her new friend Kevin has come true. At first, she’s thrilled, but Haliegh soon learns that staying in one place—and time—comes with a price.

And when Haleigh realizes her parents have been keeping a secret, she is faced with a choice: do nothing and miss out on the good things that come with growing up or find the secret of the time loop she’s trapped in and face the inevitable realities of moving on.

As she and Kevin set out to find the source of the magic paints, Haleigh worries it might be too late. Will she be able to restart time? And if she does, will it be the biggest mistake of her life?