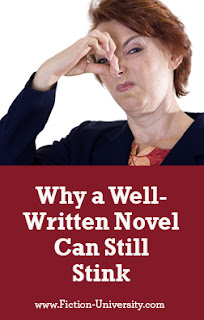 These ideas weren’t bad, they just didn’t bring anything new to the premise. Had there been only one of them, the book probably would have been okay, but there were multiple “seen that before” pieces making up the story. But they felt added on to make a general idea “cool,” not a cool idea that drove the plot.