How Your Ear Can Make You a Better Writer 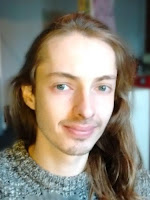 JH: Writing great fiction relies on trusting your ear as much as trusting your gut. Please help me welcome Fred Johnson to the podium today, to share some tips on training your writer's ear.

Fred Johnson is an editor for Standout Books, where he helps authors take their manuscripts from good to perfect. He also writes fiction and poetry. You can follow Standout Books on Twitter @standoutbooks.

Take it away Fred...

You can’t go far in the writing blogosphere without running into the words “ear,” “voice,” and “style.” For the novice, these terms can be confusing—after all, their descriptions are vague and they point toward intangible abstractions of the “you know it when you see it” variety.

It’s the ear I want to pay attention to today. When I talk about the ear, I’m really talking about a writer’s ability to pay attention to and assess the sound of sentences (or, in poetry, lines). Some people are lucky enough to develop a tuned ear naturally, but the good news is it is possible (and absolutely necessary) for a writer to “train” his or her ear.

Having a developed ear allows a writer to take all sorts of liberties, from bending grammatical rules to writing convincing dialect. I’m going to talk about some benefits to training your ear and then share some tips on how to go about it.

Make Grammar Work for You


“Learn your grammar!” is one of the first rules writers (and schoolchildren) have drilled into them. And it’s an important one—don’t go disobeying grammar rules as if you’re Cormac McCarthy or E.E. Cummings unless you know what you’re doing!

But if you do know what you’re doing—that is, if you’ve trained your ear to the correct degree—you can stop working for grammar and make grammar work for you. After all, it’s technically incorrect to end a sentence with a preposition, but “Quick! Get inside!” is likely to be better than “Quick! Get inside the building!” in certain situations.

Another example is the split infinitive, another archaic and rude grammatical rule. The rule is to never split infinitives, and yet “She seems to really like that ice cream,” will often be more appropriate than the more correct “She really seems to like that ice cream.” Again, the latter case carries a kind of Bertie Wooster ring to it—a jarring and overly proper tone.

As an editor, one of the things I argue with writers about is the case of “that.” It is the ear that will dictate when you should include “that” in your sentences and when you can get away without it. For example, “I know you can do it, Harry!” would rather lose its edge if changed to “I know that you can do it, Harry!”

And yet, “I feel that your legs have grown,” if the “that” is removed, becomes “I feel your legs…” quite the departure!


Certain famous writers built their careers on the backs of their mastery of dialect and colloquialism—I’m thinking of John Steinbeck, William Faulkner, James Joyce, etc. And indeed, if done well, use of dialect can add real character and authenticity to your work. But do it poorly, and dialect can poison your entire novel.

If you want to use dialect in your work, make sure you’ve done your research. You need to know the correct colloquialisms, turns of phrases, and idioms if you’re going to write with any authenticity.

You’re going to want to be absolutely consistent in your spellings, which should themselves be phonetic. And remember, be economical—nobody wants to read an over-the-top barnful resembling “Yeehaw Brandeen, them’s the steers a-comin’!” The only way to tell good dialect from poor dialect is through the ear. Pay attention!


Ah, the voice, that most evasive and sought-after abstraction. Every great writer has worked to cultivate and express their own unique voice, from Jennifer Egan to Ralph Ellison to Virginia Woolf.

Developing your own unique voice is easier said than done, but one good way to make progress is to train your ear. A good ear will, for example, allow for the contemplation and selection of the most appropriate words—as Strunk and White wrote in Elements of Style:


“In this, as in so many matters pertaining to style, one’s ear must be one’s guide: gut is a lustier noun than intestine, but the two words are not interchangeable, because gut is often inappropriate, being too coarse for the context. Never call a stomach a tummy without good reason.”

Strunk and White do a good job of trying to break this particular example down scientifically, but they both know that exercising your ear is an art, not a science—it’s an abstract and difficult-to-grasp skill, and the reasons behind why one word suits a sentence better than another can often be difficult, if not impossible, to articulate. They go on:


“What is wrong, you ask, with beauteous? No one knows, for sure. There is nothing wrong, really, with any word—all are good, but some are better than others. A matter of ear, a matter of reading the books that sharpen the ear.”

But vocabulary is only one aspect of voice. Writing effective dialogue is another—but how are you to know where the breaks should be, or when to use speech tags or action beats, without relying on your ear? Put in a “he said” at the wrong place and you can spoil the flow of a conversation. Compare, for example:


"Hello there Janet, I’m sorry about your son,’ he said sadly.”


"Hello there Janet," he said sadly. "I’m sorry about your son."

Intrusive adverbs notwithstanding, anyone can see that the second passage is the stronger one. The pause comes at the right time, and the shift in pace marks the shift in tone. It’s all a matter of ear.

Voice is too complex a topic to fully explore here with relation to ear, but I hope I’ve at least scratched the surface.

Okay, So the Ear Is Important—How Do I Train It?


I think you already know the answer, but I’m going to spell it out anyway: read, read, and read some more. Keep reading. Read more widely—if you only ever read sci-fi and fantasy, branch out to literary fiction and crime thrillers. If you’re a literary snob, dive into some YA or horror.

Read non-fiction, play scripts, poems, flyers, and brochures. Read cereal boxes and advertising copy. The more voices and registers you become familiar with, the more well-rounded your writing will become.

When you watch films and TV shows, pay attention to the dialogue. Clock dialects, accents, and colloquialisms. When talking to people in the real world, look out for vocal tics and non-verbal communication.

When you’re reading, read like a writer. Try to think why the writer wrote the text the way they did—which mechanisms were they trying to employ? Why did they choose the words they chose?

Basically, pay attention. If you want to train your ear, there can be no passive observation—it’s time to get active. Good luck!
Share