Are Your Characters Contradicting Themselves? 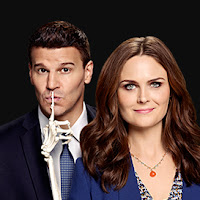 Back in June, I caught that nasty flu that was going around and spent a few miserable weeks napping and watching a lot of TV. One of my distractions of choice was the show, Bones. It had been a long time since I’d seen the first few seasons, and while it was fun to re-watch them, one thing did annoy me.

The character Temperance “Bones” Brennan is a world-class forensic anthropologist who is very literal-minded and repeatedly says she doesn’t like psychology and doesn’t do motive.

Writing is all about characters and why they do what they do. Motive is what’s driving every character to act—especially in a mystery.

Someone who doesn’t understand why people act and how emotional minds work would never be able to write great mysteries.

It’s a TV show, I get it, they wanted to make her famous and awesome on multiple fronts. And for all I know, her books are more procedural and less character, but that’s not how they’re described or referred to in the show itself.

One major aspect of the character, Bones, contradicted the core of who she is—and that bugged me every time they brought it up.

Don’t get me wrong—contradictions in characters are wonderful things, as they show the various layers of a person and turn them into real people. But when creating a character, be wary of where those contradictions lie. You can’t have a world-class swimmer who can’t swim. If two skills or traits of a character absolutely rely on opposite personality traits or skill sets, it’s going to feel wrong.

When creating a character, consider:

Do any traits go completely against the core of that character?


People believe one thing and act in contrary ways all the time. That whole “do as I say, not as I do” cliché. This is a solid character contradiction and a writer can create an interesting backstory to go with such a character. But when the core of who they are prevents the skill or trait they’re exhibiting, it stretches plausibility.

Is the character lacking the necessary skills to possess a particular talent or trait?


This is a common problem in Chosen One stories or Mary Sue/Gary Stu characters. A character exhibits a trait or talent, yet there’s no groundwork laid to show how they got it or why they can do it. It’s even worse when the character is introduced as someone who had no access to or way to learn any of said skills. They need a skill, so boom—they have it.

Are the contradictions of that character believable?


If a character is socially awkward and has trouble understanding personal relationships, think twice before making them the celebrity host of a popular TV talk show that interviews people about their lives and relationships. Aim for contradictions that fit the personality and history of that character. A good example here is how many actors are painfully shy, and they got into acting as a way to combat that. They might be in the limelight all the time, but only if they’re playing a role and being “someone else.” Off-screen, they stay away from the public eye.

(Here's more on maintaining believability in our stories)

Good characters will have contradictions, so choose them wisely. Make sure they come from real places within that character, based on their experiences and personality. Creating a well-rounded character takes work, but it helps to look at the entire character as a whole and not just a bunch of pieces stuck together. Make sure what they do and how they think fits who they are at their core.