Get What's in Your Head Onto the Page 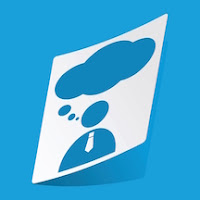 Sometimes we envision a story so clearly it plays out in our heads like a movie. We can see how the characters move around the setting, hear what they say, smell the flowers in the air, even know what everyone is thinking.

Sometimes, all this detail makes it onto the page as we write.

When it doesn’t, our readers are left a little lost about what’s going on, or might even make misleading assumptions instead of grasping what we intended.

Not getting what’s in our head onto the page happens all the time, so don’t stress if it happens to you. It’s normal to know how a scene unfolds and the reasons why the characters do and say as they do so well that we forget our readers are seeing it cold.

This hurts the story because we, as informed authors, get a much different sense of the scene than an uninformed reader. We know more, so every action carries more meaning and the scene has a much bigger impact for us. Take out that foreknowledge and the scene is actually fairly lackluster, because all the cool stuff never made it to the page. Characters feel flat, details are vague, and nothing makes sense.

It can be a very fine line to walk sometimes, so also take the type of story you’re writing into consideration. Some stories require slower setups and keep things vague for longer periods of time, while others answer questions and offer new puzzles to solve quickly.

There’s also a difference between a slow burn and a lack of clarity. Slow burns show something is going on, even if the details are unclear. For example, we know a character is up to something and acting suspicious, but it might be a while before we get a clue as to why. This is different from a character who is acting weird or random and nothing they do makes sense. “I don’t know what they’re doing” isn’t the same as “I wonder what they’re doing?”

(Here's more on signs that you're confusing, not intriguing, your reader)

If you’re concerned the story is staying in your head (or you’ve gotten feedback that suggests this), look at your scene and consider:

1. If you didn’t know what a particular detail or line meant, would it still provide the same information?


This is a common spot to not provide enough information to fully understand why something is important. For example, the author knows the suitcase by the door at the birthday party is really a bomb, but there are no indications anywhere in the scene that would allow readers to figure this out. A character is acting weird and nervous for no reason at all, because the author forgot to mention the character knows he’s being targeted by bad guys who like to blow things up. There’s no way for readers to understand why he’s acting odd, or to even anticipate the danger let alone the bomb.

While you’ll want to keep some details vague to maintain the mystery, aim for enough context to understand the general gist of it. It’s okay to hide the fact that the suitcase is a bomb, but let the nervous character express reasons for being nervous (unless of course the whole point is to be a total shock). Readers might not know he’s been targeted, but they can clearly see he’s worried about someone causing trouble at the party.

(Here’s more on ambiguity and making it work)

2. Are there enough emotional clues for readers to see how the characters are feeling?


It’s also common to forget to add enough clues about how the characters are feeling. What they say and do is right, but the emotional impact of those actions never appears, so our characters either seem cold and heartless, or go the opposite direction and have sudden emotional outbursts without warning.

This is especially true for characters struggling with something that’s not in the scene itself. For example, say the protagonist is having trouble dealing with her overbearing mother and this is making her snap at people. Problem is, we forget to mention that Mom called right before the scene opened, which put the protagonist is a terrible mood. She lashes out and treats everyone at work badly.

We know Mom called, so all of the character’s behavior emotionally fits. But readers don’t, so all they see is a character being a witch for no reason. They don’t like her, they don’t take her side, and the whole scene (if not the book in some cases) falls apart.

Add in just enough emotional clues to show why the characters are feeling what they feel—especially if it impacts their actions or decisions. In our example, if readers already know Mom is an issue, the whole problem could have been fixed with a simple line that mentioned Mom called before work.


3. Is there enough internalization to show what the POV character is thinking?


When we’re focused on the action and dialogue, it’s easy to forget to add the internal thoughts that go along with those actions. Decisions are made without readers ever seeing the internal debate or thoughts that went into that decision. Characters react or make leaps in logic and there’s nothing to show how they got there.

A character’s internalization is where a lot of what’s in our heads is shown on the page, because internal thoughts are where characters figure stuff out, and where they express what they don’t want known. What they’re thinking affects what they’re doing, and only seeing half of that makes things murky.

Add enough internalization so readers can figure out what’s going on inside the protagonist’s head, especially if they need to act contrary to their nature, or in a way a person in that situation would normally act.

4. Are the characters’ motives clear?


Often, readers can see what the characters are doing, but not why (usually due to a lack of internalization). Without a little context, the scene feels aimless and lacks enough narrative drive to grab readers and make them curious about what’s going on.

This is another area where the balance between mystery and clarity can be thin, so strive to add just enough clues for readers to get the basics. You don’t have to explain why the bad guy wants to leave that suitcase bomb at the party as long as you show he’s acting out of anger and is up to no good.

It can be a fine line sometimes, but as long as readers understand what someone is generally doing and why, it’s usually enough to get them through the scene. Think of it as understanding someone is running our of fear, but not knowing why they’re running. Maybe it’s to save the life of a child. Or they’re running from an angry bear. Or they’re running because they’re late for a job interview. Details change, but the general context remains.

Finding the right balance between mystery and clarity can be tough, and we have to trust our instincts (and our beta readers) on what that balance is. The right amount of detail for one story might be too much (or not enough) for another.

On the upside, it doesn’t take a lot of rewriting to fix these areas. Often, a few lines or even words is all we need to make sure what’s in our head is making it to the page.

Have you ever left important clues in your head?