Don’t Know How to End Your Scene? Here’s Why. 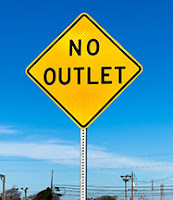 Last month, I had a Real Life Diagnostic question on not knowing how to end the scene. Coincidentally, a few days after that, I ran into the same problem with my own WIP. Luckily, I knew right away what that meant.

I didn’t really know what the goal of the scene was.

The nature of any scene is to illustrate some aspect of the story and move the plot to the next turning point. This is why scenes have goals—to drive the plot forward. Other things can and do happen in a scene, but at the core is that plot-driving goal and the struggle to achieve it (goal + conflict).

The resolution of that goal and the decision made because of it, is what hands the scene off to the next scene. If we don’t know the point of the scene, we can’t truly know where it ends or what that transition entails.

So we get stuck. Or we keep writing and the scene goes on forever, yet nothing seems to be happening.

When this happens, take a step back and look at what you’re trying to do with the scene. Often, we have something non-goal focused that’s mucking us up, such as:

All of these things are perfectly acceptable elements to have in a scene, but not one of them contains a goal to drive that scene. So odds are, we’ll keep writing and not know where this scene goes or how it ends. What we need, is a trigger to get the plot moving again.

(Here's more on adding problems to your scenes)

If you can’t come up with anything like the above to add to the end of the scenes, try going back to the beginning and looking for the goal or problem the goal might spring from. Ask:

What is the protagonist trying to do or accomplish in this scene?

If you can’t answer this, that’s the problem. There’s likely no goal and nothing to move the plot forward. There’s no cause to create an effect, no action to require a reaction. The character isn’t doing anything so there’s nowhere to go.

To fix this, figure out what the goal of that scene is.

You might have to go back a scene or two and see what led up to this. Maybe the problem began with a scene that didn’t have a solid hand off to move the plot forward. It just ended with a vague sense of “something” for the protagonist to think about, or a place to go, or even a dark and foreboding sense of doom, but nothing to actually do.

(Here’s more on handing off scenes)

Find that goal, and the resolution to the scene should become fairly obvious.

If you’re still having trouble, try looking ahead at where you want your plot to go. Maybe the plot veered off track and what you’re writing is no longer heading in the right direction. Look for the next major plot point and see what steps need to happen to reach that point. How might you nudge the protagonist back onto the plot path? Where did they step off of it?

Have you ever had a scene that you didn’t know how to end? What was the problem?


Find out more about plot and story structure in my book, Fixing Your Plot & Story Structure Problems.