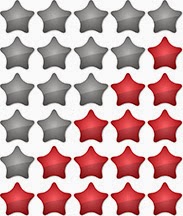 Every author will, at some point, find themselves in a position of having to review or blurb another author’s work. Even trad pubbed authors with a hard no-review, no-blurb policy occasionally, sometimes at the insistence of their publisher, find themselves forced to pass an opinion in public on another author’s novel. For authors in the self- and indie-pub community, where online reviews are often the only kind they get, the pressure to blurb, endorse, review, or otherwise pass judgment comes even more frequently.

A couple of years ago during the Amazon sock-puppet review flap, there was a flurry of panic when it seemed Amazon was going to apply a policy of disallowing and deleting all author reviews, presumably on the assumption that authors were five-starring one another’s books like crazy. Although I’m sure there’ve been, and probably still are instances of this, I doubt it’s common; it’s also a really good way to torpedo your own credibility and, ultimately, your career.

I do know some authors who hold fast to a no-review policy. But authors are readers too, and provided that one remains absolutely honest when reviewing another author’s work, I see no reason to take such a hard line.

My own approach is to take requests on a case-by-case basis, and with the clear understanding that I’ll only review a book that I finish; that I won’t finish it if it really doesn’t grab me; and that any review will be absolutely honest. Since I’m a pretty demanding reader with a high bar for quality, it’s very unlikely I’ll finish a book that isn’t at least decent. I’ll give a book 20 or at most 30 pages, and if I’m not hooked by then, I’m done with it—life’s too short, and my reading time is too precious. So in practice it’s unlikely I’ll give anything less than three stars, simply because nothing will make me read a bad book: the problem takes care of itself. And I’ll never agree to swap reviews, or endorse a book I think is flawed.

That said, I’ve read some books by friends or peers that have interested me enough to finish, and yet have such glaring faults in one area that it’s impossible to give an honest review without addressing that. An example of this would be a novel with terrific conceptual ideas or worldbuilding, but where the character work is wanting; or perhaps tremendous character work and a galloping plot whose climax, unfortunately, turns out to hinge on something so improbable as to be beyond credibility. Faced with such a situation, how can you write a review without on the one hand giving offense, and on the other compromising your integrity?

As in critique, I think it’s perfectly possible and acceptable to address a work’s faults without being nasty about it. The first thing to do is check your ego. Even though any review is subjective, we can be objective in our phrasing, praising the work’s strengths while addressing its weaknesses, and reflecting this in the rating. A five-star review, in my estimation, should be a very rare thing, only applied when a book is firing on all cylinders. In either of the examples above, my review is likely to be a three-star, and I’d be reluctant to blurb it.

Again, I want to make it clear that if the flaws are so egregious as to wreck the book for me, I’m not going to finish it, and so the question of review or endorsement is moot. If the author of such a book asks me what I thought of it, I’ll give them an honest critique, as tactfully as I can. If they don’t ask, I’m not going to ruin their day: that does nobody any good. By the same token, I expect no favors from anyone else. I may ask someone if they’d consider blurbing or reviewing my own work, but I’d never, ever ask or expect them to lower their standards or upgrade their comments, no matter how close we may be.

In conclusion, then, I think it’s worth thinking hard about one’s policy on review/endorsement requests and sticking with it, no matter whom the request comes from. I recently had someone “like” my Amazon author page without my ever asking it or even knowing they’d done it until I got a message that they’d done so, and a request to return the favor! This sort of thing doesn’t even merit a reply in my opinion, much less reciprocation. Having a thought-out, even publicly stated policy, will keep you from getting into hot water down the road.

Have you ever been asked to review something, maybe by a good friend, and found yourself in a tough spot as a result? How did you handle it? 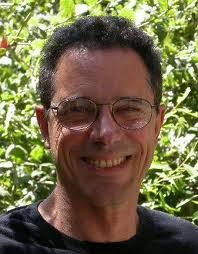 Dario Ciriello is the founder and editor of Panverse Publishing, a small press with a mission to break the rigid barriers of category and genre and put story first. His Panverse Anthology authors have been nominated for both Hugo and Nebula awards, and the winner of the 2011 Sideways Award for Alternate History. On the novel front, his authors include T.L. Morganfield, Bonnie Randall, Doug Sharp, and Don D'Ammassa. His own work includes Sutherland's Rules, and the travel memoir Aegean Dream.