Gender Bending: Writing a Different Gender Than Your Own 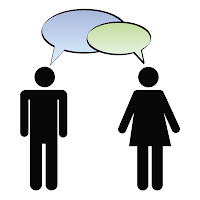 
It's not unusual for the gender of the protagonist to be the same as the author, but sometimes a story comes to us that requires us to slip into the head of the opposite sex. Knowing how to sound like "the other side" can be challenging, if not flat out frustrating. But it's all a matter of getting into the head of your character and seeing what makes them tick -- just like always.

Playing for the Other Side


When writing the opposite sex, our first instinct is often the stereotypes we see every day. The man's man, the girly girl, the dumb blond, the rude jock. Since we're not sure how to be a man (or a woman,) we grab hold of the familiar, which often leads to flat, unbelievable characters. But if we approach this character the same way we'd approach one of the same sex, we create a person, not a cardboard cutout. They'd want the things same as any other person, they'd have their own fears, their own hot buttons, their own flaws. A well-rounded character is the same no matter what the sex or even race. Non-human characters feel just as real as human ones in the hands of a skilled writer.

To write a different gender, look first at that gender in your own life.


We all know members of the opposite sex. How do they act? Sound? What do they focus on or notice when they walk into a room? Try spending some time studying how the other genders you already know react to situations for some ideas on how your character might react. Ask different-gender friends questions about how your character might handle a situation in your book. Odds are you'll get different answers from different people as well, as not everyone is the same, even if they are all the same sex.

Focus on the character, not the gender.


If you try to "write a woman who..." you might get stuck trying to be "a woman." But write about "a character who..." and you'll find yourself thinking more about what that character will do and how they'll act in ways that fit the story and the situation. They're a person first, a gender second.

Remember no two people are alike, regardless of gender.


"Men are like X" or "women always Y" don't apply. My husband breaks all kinds of those rules, and I'm not your typical gal. Avoid the stereotypes and even have fun with them a little. Have men that love shoes, women who are rabid for sports. Let your men (or women) be as different from each other as they are from the opposite sex. A group of men won't all have the same feelings about things, same as a group of anything won't have the same feelings.

Some cliches are cliches for a reason.


However, there are some real physical differences in how each sex behaves, and those will be the areas that will likely trip you up. Women really do have a more developed speech center of the brain, so we tend to talk more. Men have more testosterone and that affects aggressive behavior. While this doesn't mean all women characters will be Chatty Cathys and all men Tony Thugs, it can predispose them to certain natural reactions. But that also means men more in touch with their feminine side might talk things out and women in touch with their masculine side might take a more aggressive approach to thing. Ask first what's right for that character.

(Here's more on the writing of boys)


Find beta readers or critique partners of the opposite sex.


Having a second opinion can help ensure your character reads plausibly. If you know someone of the right gender who fits the personality of that character a little, so much the better. See if they'll be wiling to help you tweak that character so they sound real and interesting. They don't have to be writers either, since you're looking for realistic characters, no advice on plot.

Characters are characters, regardless of gender. It's just as easy to write an implausible character of the same gender if you don't think about who that person is and how they became that way, or if you rely on stereotypes or cliches to create them. Just like you draw from the world around you to craft your characters and stories, you can draw from what you know about that gender to write like them.

Do you have any gender tricks that help you write a believable character?