Deciding What to Put in Your Query Letter 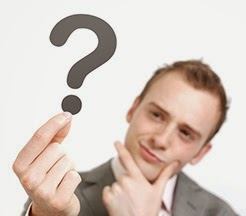 The query letter is a valuable tool for writers, no matter what publishing path they choose to take. It’s needed to submit to agents and editors, and can be a solid foundation for creating cover copy for those planning to self publish. It’s even a handy letter to write before you write the novel, to make sure you have the right pieces in place.

(Here’s more on the query as a plotting tool)

If you’ve never written a query letter before (or you’re banging your head against the keyboard over one), try this approach:

Identify the Elements You Want to Include in Your Query


What makes a query letter so hard to write is boiling down an entire novel into a few paragraphs. Take a tip from the news and use the journalistic approach to pinpoint exactly what you want to say.

WHO is the book about? This is your protagonist. It can be a single person, or a group of people if it's an ensemble cast. Also think about the reason you chose this person to be the protagonist. For example: Bob, a man caught in a love triangle during the zombie apocalypse, or five guys from Jersey who all need a lot of cash fast.

WHAT problem do they face? This is the core conflict of your novel. This will be an external problem, so no character arcs here. If the novel is more character driven, then what externally is going to bring about this internal change? For example: Bob needs to survive the zombie apocalypse and win the love of his life, or Lisa needs to get a part-time job on the sly to make enough money to leave her abusive husband.

WHERE does this story take place? This is your setting, but it’s also any additional world information vital to your story. For example: A post-apocalyptic Buffalo, the Kingdom of Gizat, or a world where people can shift pain.

WHEN does this story take place? This is the time frame of the novel. Since stories often happen during an important event in the world (or the character's life), don't just think chronologically here. It could be during a major historical event, a critical turning point of a journey, or a specific time of year. The thing to remember here is to look for a when that bears on the story. For example: Just after the zombies arose from the dead, the month the US invaded Iraq, or the summer a girl turns sixteen.

WHY does it matter? These are your stakes. The consequence of failure are important to a character in some way, and will have long lasting effects on someone or something if the protagonist fails. For example: Because Bob will die and never tell Jane he loves her, because the princess will be sacrificed to the demon god, Zithnit and the world will be enslaved, or because if Lisa doesn't get past her son's death she'll spiral down into depression and kill herself.

HOW does it end? This is your resolution, and often the big problem standing in the way of the protagonist. What does the protagonist have to do to win? For example: Defeat the zombies and confess his love to Jane, or start volunteering at a children's center and remember that life is worth living after all, or take a self defense class and kick the abusive bum out of the house.

Now, answer these questions for your own novel. One sentence is usually enough (and the shorter it is, the more likely it nails the key element you need), but go ahead and write as much as you need. If you find yourself writing more than a few lines though, that’s a red flag you haven’t quite pinpointed what that important detail is yet.

For this exercise, I'm going to use one of my trunk novels, a YA science fiction adventure, as an example:

WHO is the book about? Five teens with various views on starting a colony with their parents.

WHAT problem do they face? Five teens must catch a killer and find a way to survive after an extremist sabotages their colony ship and it explodes in orbit around their new planet.

WHERE does this story take place? On Tellus, a new colony world.

WHEN does this story take place? In the week that follows an extremist attack that leaves most of the colonists dead, and the rest stranded on an alien planet.

WHY does it matter? Because if they don't catch the bad guy and find a way to survive, they all die.

HOW does it end? They band together, using the skills they learned from their families, and the few supplies that made it to the planet to catch the extremist and build a makeshift colony until the resupply ship arrives in five years.

Next comes the fun part. Take these six sentences, and put them into a basic paragraph. If you’re unsure where to start, try using this template as a jumping off point.

While this is all one sentence, your starter query probably won't be. The template is just the general flow of how the query goes. You might be able to take your sentences verbatim and plop them into this template, or you might need to adjust the order, so feel free to add any information required to give it that query feel.

Get all the details in, but don't worry about how they sound just yet. It's probably going to be ugly, and sound cheesy and that’s okay at this stage. The goal is to end up with something that sounds queryish and captures the key details of your novel so you can turn them into something that hooks whomever reads it.

Taking my answers, I end up with:


Five teens with various views on starting a colony must find a way to survive after their colony ship explodes in orbit around Tellus, their new planet. After discovering that a religious extremist is responsible for the attack that left most of the colonists dead, and the rest stranded on an alien planet, the teens band together to catch him. But he's not their only problem. The resupply ship isn't due to arrive for five years, and in order to survive alone on the planet, they must use the skills they learned from their families and the few supplies that made it to the planet, to build a makeshift colony on their own.

Ta-dah! Clearly this is a rough paragraph that won't get anyone's attention, but it's a good start for something I can polish. I know who my protagonists are, I know what their problem is, I know who the antagonist is, I know where it takes place, and I know why all this matters.

The basics of my query are here, and now I can focus on revising it.

Do you have trouble with query letters? What aspect do you struggle with?