5 Tips on Writing a Cliffhanger 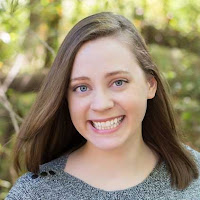 JH: The cliffhanger has been around probably as long as we've told stories. Sometimes they work and readers (and viewers) love us for the tease, but other times they hate us for not ending the story. Please help me welcome Heather Kaczynski to the lecture hall today, to share her tips on writing cliffhangers that make readers want to come back.

Take it away Heather...

Let me just start off with a pre-emptive apology to those readers who will get to the end of DARE MIGHTY THINGS and realize it ends with a cliffhanger, and then angrily email me. (Yes, there’s a sequel, and it comes out in Fall 2018! Please don’t hurt me!)

I didn’t go into this book planning to end it on a cliffhanger. Having pantsed my way through most of it, I didn’t have much plan for the ending at all. It just ended up being the necessary way that book needed to close.

Cliffhangers are a bit of a double-edged sword – you do it right, you get your readers chomping at the bit for the next book in the series. Do it wrong, and you alienate and confuse them.

So how do you do it right? After having written multiple versions of the ending for DARE MIGHTY THINGS, between my agent’s advice and my editor’s notes, I feel like I learned a lot about how to do one well, and I have some tips to share with you.


If you’re trying to write a cliffhanger ending, first make sure that it’s the most appropriate way for your book to end. If it’s forced, it’s going to make readers angry and feel pointless.

In DARE MIGHTY THINGS, the book originally ended way, way later – into the first third of what is now Book 2. That didn’t work for a number of reasons, one which being word count. But when considering the plot arcs, the place where the characters end in the first book made sense, and they couldn’t have realistically ended up anywhere else. The ending has to feel like the inevitable place your characters will find themselves at the culmination of their choices.

A cliffhanger, like any aspect of your book, has to feel natural. If you’re using it as a gimmick, it’s going to be very apparent.

Really examine the full book and plot the course of the story to determine whether a cliffhanger is your best option.

2. The first book has to be a complete story


Even with a cliffhanger, you have to have a sense of resolution at the end of the book. The first villain is defeated, and maybe second villain is beginning to rise, but you need to answer most, if not all the questions of the first book by the end of that book.

Not only will this make the story feel resolved and the reader less likely to send you hate mail, but unless you sell your book in a multi-book deal and have the sequel guaranteed from the get-go, you don’t know if your publisher will necessarily want to put out that sequel. And if your first book doesn’t make sense without it, it’s not a complete book.

You have to have the emotional payoffs and answer the majority of the questions you asked throughout the book, or the reader will feel cheated by your ending.


So you’ve left your main character balancing on the edge of a bottomless cliff. The dirt is crumbling beneath her feet and there’s no possible escape. Maybe the villain’s standing over her, cackling evilly. Maybe he’s giving the hero one of those long villain-explains-it-all speeches. Maybe her left foot slips off the edge. It’s dramatic and suspenseful and great.

You can’t just end it there!

By the closing scene of DARE MIGHTY THINGS, the main character, Cassie, has had her entire world rocked. She’s reeling with a new, altered reality, and facing a new set of problems and dangers. And there are a few answers she has left to uncover. But for the most part, she knows the situation. She’s formulated a new plan. The future is entirely unknown, and there’s a lot still to be reckoned with, but at least in that snapshot of time, she’s on solid ground.

If you leave your reader dangling at the end of a scene that feels unfinished – and I mean, a scene in which people will wonder if there was a printing error because surely that can’t be the end, there must be a page missing somewhere – it’ll feel like someone just turned the lights back on in the middle of the movie. It’s disorienting. It’s frustrating. People might give up.

Cliffhangers are often a one-two punch of Plot Twist and Surprise Ending, and it can give readers whiplash. Give them enough time to process what’s happening before The End, or you’ll just confuse everyone. Give them information that answers old questions and yet asks news ones. Even if this story isn’t finished, this arc of it IS ending, and it needs to be resolved.

At the same time…


The point of the cliffhanger is the suspense. There’s often action involved – even it’s a small action, like a character getting a call that changes everything. If you drag it out, the pacing will suffer.

You can definitely overdo the infodump, and it’ll feel just as false to reveal all at the very end as it does to leave the reader questioning. I think one of the key things here in finding balance is peppering the plot with enough clues that the reader doesn’t need much in the final scene to connect the dots themselves, and framing it in such a way that the hero has earned the answers to her questions.

This is where outside readers are vitally important in letting you know if the balance has been struck. Get their feedback. Often the author, who already knows all, will accidentally forget to include some explanation that the reader is dying for. (Guilty.)

5. A cliffhanger is not a cop out


This should go without saying, but don’t close the final chapter of your book with a cliffhanger because it feels easy or because you don’t know where it should end, so you just...stop.

I get it. Endings are HARD. I briefly considered ending this blog post on a cliffhanger. But you can’t simply stop writing and say, “Well, that’s it! That’s all I’ve got.” That’s not a cliffhanger - it’s not even an ending. It’s an unfinished manuscript.


Hopefully, if you’re writing a cliffhanger, you have a multibook contract and a guaranteed sequel. Hurray! When I first wrote DMT, I, of course, didn’t. I had only written one book and I was lucky that my amazing agent helped me find a good balance of intriguing ending vs. abrupt cliffhanger, and found a home for both halves of this story I wanted to tell.

While DMT is out today, it’ll be another year before the sequel is available to readers. I’m about to turn in the final draft of that sequel, and I’ll leave you with this advice: once you have that contract in hand, and you’ve finished your first set of edits with that first book, start writing that second book NOW. Immediately after you finish book one, while everything is fresh and you’re still full of creative energy and ideas. Multibook contracts are another blogpost entirely, but I’ll tell you it was much easier to start with something than nothing - even if that something got changed around quite a bit.

That opening scene of your second book is almost as important as that cliffhanger ending of your first back. It’s the resolution of the melody. It’s the exhalation of a breath held over many months between books. My advice is to resolve that melody first, and then immediately launch into the next movement.

Oh, and please, for the sake of your readers: please please recap where your characters left off in book 1. Some of us don’t have the best memories - or we read a lot of books between book 1 and book 2 - and that awesome cliffhanger you crafted? Just won’t have the impact if I can’t remember who, exactly, was about to fall off that cliff.

THE RULES ARE SIMPLE: You must be gifted. You must be younger than twenty-five. You must be willing to accept the dangers that you will face if you win.

Seventeen-year-old Cassandra Gupta’s entire life has been leading up to this—the opportunity to travel to space. But to secure a spot on this classified mission, she must first compete against the best and brightest people on the planet. People who are as determined as she to win a place on a journey to the farthest reaches of the universe.

Cassie is ready for the toll that the competition will take; the rigorous mental and physical tests designed to push her to the brink of her endurance. But nothing could have prepared her for the bonds she would form with the very people she hopes to beat. Or that with each passing day it would be more and more difficult to ignore the feeling that the true objective of the mission is being kept from her.

As the days until the launch tick down and the stakes rise higher than ever before, only one thing is clear to Cassie: she’ll never back down . . . even if it costs her everything.