An Old World Concept Made New: How Patreon Works for Writers

Finding additional sources of revenue has always been an issue for authors, especially us indies. Occasionally you’ll see Kickstarter campaigns for specific projects, be that novels or anthologies. But for those who want a more steady source of income, Patreon has become their crowdfunding source. Now instead of having the Medicis or the Borgias support your art, you can use the power of social media to find dedicated patrons.

Founded in 2013 by a developer, and an artist who was looking for a way to generate income to support his YouTube videos, Patreon’s crowdfunding platform now boasts over 310K creators. Patrons agree to donate a certain amount ($1, $2, $5 and up) every time the individual/group posts new content, be that a video, a story, photograph,poem or song. Patrons can also choose to donate a monthly amount. The cost to the artist is 5% of their patrons’ contributions, plus PayPal processing fees.

The variety of talent on Patreon is astounding. Ranging from internationally-known musicians such as Pentatonix, to MedievalPoc, a resource for art, history and academics about POC in European Art history, to Kurzgesagt, who creates science animation videos. Each have built a strong community of patrons.

So how does this work for the creators? I asked author John Hartness, who writes dark fantasy “with a side of snark”, to weigh in. He was an early Patreon adopter. He decided that instead of the “produce a thing, get a donation” model, he wanted a regular monthly donation plan. Since John is very productive in terms of new projects, in addition to his publisher gig at Falstaff Books, his patrons would be getting the inside scoop on a lot of new work.

John’s philosophy is straightforward: “I’ve always ascribed to the concept of “True Fans” or the “80/20 Rule,” wherein the most loyal small percentage of your fans are your most dedicated and most evangelical. . . . it’s so important to find new ways to stay in contact with the fans that will go out and do your marketing for you, review your work, be your street team - all of that. Patreon gives me a way to connect with those True Fans, and it rewards them for letting me know who they are.”

He feels that the site’s ability to e-mail patrons whenever he updates content adds “a sense of exclusivity.” This makes patrons feel special because they’re receiving unique access to the creator. He also believes Patreon helpful if you already have an established fanbase, but feels their discoverability features need some work. “. . . it’s very clunky to search and discover artists to become a patron of (to patronize? That’s the right word, but it sounds so wrong nowadays). Their internal search and discoverability features could really use some of the Kickstarter kind of love.”

I was interested if John had experienced any pushback from his readers, since some still believe that authors are rolling in the dough. He says that’s not been the case, though he has heard instances where other authors feel asking for funds is “beneath them.” As he put it, “. . . if it was good enough for Michelangelo, it’s good enough for me.” Indeed.

John was particularly pleased by the fact that Patreon’s regular income allowed him to do more appearances, to meet his readers in person and have the chance to bring more fans into the fold.

“Having that couple hundred bucks a month from Patreon lets me stretch my travel boundaries, because I know that’s coming. My Patreon money is dedicated to con attendance, so this year it will pay for me to go to Penned Con in St. Louis and I’m considering adding a fall con in Florida. Those are things I couldn’t do without some kind of infrastructure. So Patreon allows me to go to cons and take a loss on my travel and expenses, because my patrons are paying me to get out there and meet them (and a whole lot of other folks!).

I haven’t used Patreon, but might consider it down the line for a new venture.

Have any of you used this crowdsourcing service, and if so, what has been your experience? 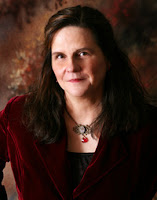