Developing a Great Story in Three (or Four) Steps 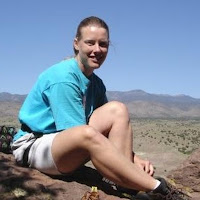 Plotting is one of my favorite writing things, and I'm always happy to hear how other writers approach it. Please welcome Chris Eboch to the lecture hall today to share her process and how she develops her stories.

Chris writes fiction and nonfiction for all ages, with 30+ traditionally published books for children. Her novels for ages nine and up include The Genie’s Gift, a middle eastern fantasy; The Eyes of Pharaoh, a mystery in ancient Egypt; The Well of Sacrifice, a Mayan adventure. Learn more at www.chriseboch.com or her Amazon page.

Take it away Chris...

People often ask writers, “Where do you find your ideas?” But for a writer, the more important question is, “What do I do with my idea?”

If you have a “great idea,” but can’t seem to go anywhere with it, you probably have a premise rather than a complete story plan. A story should have three parts: beginning, middle, and end.

Wait, doesn’t every story have a beginning, middle, and end? There's stuff at the start, stuff that follows, and then it ends.

The point is, you want more than "stuff" – certain things should happen at each stage.

1. The beginning introduces a character with a problem or a goal.

2. During the middle of the story, that character tries to solve the problem or reach the goal. He probably fails a few times and has to try something else. Or he may make progress through several steps along the way. He should not solve the problem on the first try, however.

3. At the end, the main character solves the problem himself or reaches his goal through his own efforts.

(A note on trilogies or series: They sometimes end with a cliffhanger – which a lot of readers hate, by the way – so the story is actually the overall arc of the series. I still say it's a good idea to have some kind of beginning, middle, and successful ending to each book, while some story questions continue through the series. Harry Potter solves an immediate problem and each book, even if he doesn't defeat Voldemort until the end of the series.)


I taught through the Institute of Children's Literature for many years, working with beginning writers. For the first lesson students turned in, I often saw stories with no conflict. Here the story is more of a “slice of life.” Things may happen, possibly even sweet or funny things, but the story does not seem to have a clear beginning, middle, and end; it lacks structure. Without conflict, the story is not that interesting.

You can have two basic types of conflict. An external conflict is something in the physical world. It could be a problem with another person, such as a bully at school, an annoying sibling, a criminal, or a fantastical being such as a troll or demon. External conflict would also include problems such as needing to travel a long distance in bad weather.

The other type of conflict is internal. This could be anything from fear of the dark to selfishness. It’s a problem within the main character that she has to overcome or come to terms with.

An internal conflict is often expressed in an external way. If a child is afraid of the dark, we need to see that fear in action. If someone is selfish, we need to see how selfishness is causing her problems. Note that in stories for children, the problems need to affect the child, not simply the adults around her. If a parent is annoyed or frustrated by a child’s behavior, that’s the parent’s problem, not the child’s. The child’s goal may be the opposite of the parent’s; the child may want to stay the same, while the parent wants the child to change.

For stories with internal conflict, the main character may or may not solve the external problem as it was set up. The child who is afraid of the dark might get over that fear, or she might learn to live with it by keeping a flashlight by her bed. The brooding romance hero whose goal is to protect his heart might instead learn the benefits of opening up to another person.

However the problem is resolved, remember that the main character should drive the solution. No coverage to the rescue or deus ex machine. No adults stepping in to solve the problem in children's stories! In the case where a child and a parent have different goals, it won’t be satisfying to young readers if the parent “wins” by punishing the child. The child must see the benefit of changing and make a decision to do so.

A Story in Four Parts

The situation should involve an interesting main character with a challenging problem or goal. Even this takes development. Maybe you have a great challenge, but aren’t sure why a character would have that goal. Or maybe your situation is interesting, but doesn’t actually involve a problem.

For example, I wanted to write about a brother and sister who travel with a ghost hunter TV show. The girl can see ghosts, but the boy can’t. That gave me the characters and situation, but no problem or goal. Goals come from need or desire. What did they want that could sustain a series?

Tania feels sorry for the ghosts and wants to help them, while keeping her gift a secret from everyone but her brother. Jon wants to help and protect his sister, but sometimes feels overwhelmed by the responsibility. Now we have characters with problems and goals. The story is off to a good start. (This became the four-book Haunted series.)


For many writers, the middle is where problems arise. Maybe you have a fantastic situation for the beginning. Maybe you even know how you want the story to end. But then there's all that space in the middle!

If a character solves his goal easily, the story is boring and probably too short. If random stuff keeps happening but it doesn’t move the plot forward, readers lose interest. To keep tension high, you need complications.

For short stories, try the “rule of three” and have the main character try to solve the problem three times. The first two times, he fails and the situation worsens. Remember: the situation should worsen. If things stay the same, he still has a problem, but the tension is flat. If his first attempts make things worse, tension rises.

For novels, you may have even more attempts and failures. In my first Haunted book, The Ghost on the Stairs, I made sure each ghost encounter felt more dangerous. As Tania tries to get closer to the ghost in order to help her, Jon worries that she will go too far and be injured or even killed. With enough variety, you can sustain this kind of tension indefinitely (witness the ongoing battle between Harry and Voldemort in the seven-book Harry Potter series).

You can worsen the situation in several ways. The main character’s actions could make the challenge more difficult. In my children’s mystery set in ancient Egypt, The Eyes of Pharaoh, a young temple dancer searches for her missing friend. But when she asks questions at the barracks where he was a soldier, she attracts dangerous attention from his enemies.

The villain may also raise the stakes. In my Mayan historical drama, In The Well of Sacrifice, the main character escapes a power-hungry high priest. He threatens to kill her entire family, forcing her to return to captivity.

Secondary characters can cause complications, too, even if they are not “bad guys.” In The Ghost on the Stairs, the kids’ mother decides to spend the day with them, forcing them to come up with creative ways to investigate the ghost while under her watchful eyes.


Your character has faced complications through the middle of the story. Finally, at the climax, the main character must succeed or fail. Time is running out. The race is near the end. The girl is about to date another guy. The villain is starting the battle. One way or another, your complications have set up a situation where it’s now or never. However you get there, the climax will be strongest if it is truly the last chance. You lose tension if the reader believes the main character could fail this time, and simply try again tomorrow.

You can benefit by considering story structure at many points in your writing. Use it to develop an idea that isn't going anywhere. Return to it if you get stuck. Review your work after you have a complete draft to make sure you didn't go astray.

I hope these tips help you build great stories.

For an in-depth look at plotting, check out Advanced Plotting, available in paperback or as an e-book at Amazon, Barnes & Noble, or Smashwords.

About You Can Write for Children: How to Write Great Stories, Articles, and Books for Kids and Teenagers

Remember the magic of bedtime stories? When you write for children, you have the most appreciative audience in the world. But to reach that audience, you need to write fresh, dynamic stories, whether you’re writing rhymed picture books, middle grade mysteries, edgy teen novels, nonfiction, or something else. In this book, you will learn: How to explore the wide variety of age ranges, genres, and styles in writing stories, articles and books for young people. How to find ideas. How to develop an idea into a story, article, or book. The basics of character development, plot, setting, and theme. How to use point of view, dialogue, and thoughts. How to edit your work and get critiques. Where to learn more on various subjects. This book focuses on the craft of writing for children. It will help you get started, through straightforward information and exercises you can do on your own or with critique partners. If you’ve been writing for awhile but feel your writing education has gaps, this guide can help you work through those weak points. I share examples from my own work and teaching experience, as well as interviews and advice with published writers and industry professionals. Whether you’re just starting out or have some experience, this book will make you a better writer – and encourage you to have fun!