Is Your Story Stuck? 5 Questions You Need to Ask 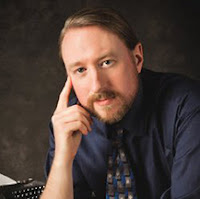 Anything that helps with plotting is welcomed with open arms in most writing circles. There are so many moving pieces to getting a novel right, it can be hard keeping track of them. Luckily, Laurence MacNaughton has a handy way to make sure our novels have all the key elements they need for a solid plot. Please help me welcome him to the lecture hall today.

Laurence grew up in a creaky old colonial house in Connecticut that he's pretty sure was haunted. He's been a bookseller, printer, copywriter and (somewhat randomly) a prototype vehicle test driver. When he's not writing, he bikes and hikes the Rocky Mountains, explores ghost towns and wrenches on old cars. Laurence is the author of It Happened One Doomsday, The Spider Thief, and Conspiracy of Angels. Try them free at www.laurencemacnaughton.com.

Take it away Laurence...

Feeling stuck? Have the sneaking suspicion that your story went off the rails somewhere? Not sure what to do with your characters?

Don't worry. You can fix practically any story problem just by asking yourself five simple questions:

1. Who’s really driving the action in this story?


Sometimes, we start writing a story with one character in mind, but a few chapters later, a different character takes over. That can leave you feeling stuck, and you may not even know why.

To find out if this is your problem, make a quick list of the main characters in your story. Then ask yourself this:

In my new novel, It Happened One Doomsday, I originally thought the story was about a mechanic whose black muscle car is possessed by a demon.

But after getting stuck several times, I realized that the book was really about someone else: the sorceress who is trying to save him. Once I figured that out, I was able to get back to writing the book.


Your lead character needs a specific goal in this story. Not only that, the goal must be something that you (and the reader) can visualize. Something you could capture in a photograph.

That image is the climactic moment that will happen near the end of your book. Without that visual, you can't have a satisfactory conclusion, and your story will feel stuck.

In my book, the lead character’s original goal was to save the world. Sounds like a great goal, doesn't it?

It's not. Because you can't visualize it.

How do you mentally “take a photo” of saving the world? What does that climactic moment look like, exactly? Without a specific visual, I didn't have an ending for the book.

So I changed the goal to something specific and visual: defeat the Four Horsemen of the Apocalypse. I could picture what that battle would look like, and that gave me an ending to write toward.

3. Deep down, why does the character want this?


Even if your character is out to save the world, she still needs a good reason. Either she stands to gain something personally important, or avoid losing something important.

Don’t skip this step. Really spend some time thinking about what makes your lead character tick.

What would she personally get out of achieving her goal? What problem would she avoid? What would make her unable to live with herself if she failed?

In my book, for example, Dru isn’t just trying to save the world – she’s also trying to save the people she loves. And when I show them being directly hurt or possibly killed by the Four Horsemen, that makes it a much more personal, more powerful story.

4. What new actions could the character take?


Characters can get stuck in a rut, just like authors. Spend a few minutes thinking about your lead character’s skill set, background, profession, and behaviors.

What sort of actions could your character take in upcoming scenes, especially new actions that she hasn't taken yet? Brainstorm a list of at least ten verbs, and see if that gets you thinking in a new direction.

When I was writing the first draft of my book, I kept getting stuck every time Dru fought a supernatural creature. Since she isn’t physically tough, she always seemed horribly outclassed by the bad guys, and it was tricky to have her win and still keep it believable.

So I sat down and thought about her background. She has a library packed with ancient books of occult lore, and she’s read all of them. So I brainstormed some bookish actions she might take: research, study, decipher, investigate, and so on.

I quickly realized that Dru’s biggest strength is that she’s brainy, not brawny. So instead of out-fighting her opponents, she outwits them. That insight prompted me to write some brand new scenes.

5. What kind of new trouble could stand in the character’s way?


One of the fastest ways to get your story unstuck is to give your character a new problem to solve.

The trouble doesn't have to come directly from the bad guys. Think about the implications of the events that have already happened in your story. What are the potential consequences?


Look at the material you've already developed, and find ways to make trouble for your lead character. Her efforts to deal with this new problem will get your story rolling again in no time.

Remember, every story problem can be solved.

You could answer these questions on your computer, but I strongly recommend you grab a notebook or legal pad and get out of your usual writing space. Treat yourself to a cup of coffee or a brisk walk. The change of pace will help shake things loose and get you feeling more creative again.

Just keep asking yourself questions and keep brainstorming new answers. Sooner or later, you'll find that the solution to all of your story problems is right there in front of you.

About It Happened One Doomsday

Magic is real. Only a handful of natural-born sorcerers can wield its arcane power against demons, foul creatures, and the forces of darkness. These protectors of the powerless are descendants of an elite order. The best magic-users in the world.

Unfortunately, Dru isn’t one of them.

Sure, she’s got a smidge of magical potential. She can use crystals to see enchantments or brew up an occasional potion. And she can research practically anything in the library of dusty leather-bound tomes she keeps stacked in the back of her little store. There, sandwiched between a pawn shop and a 24-hour liquor mart, she sells enough crystals, incense, and magic charms to scrape by. But everything changes the day a handsome mechanic pulls up in a possessed black muscle car, his eyes glowing red.

Just being near Greyson raises Dru’s magical powers to dizzying heights. But he’s been cursed to transform into a demonic creature that could bring about the end of the world.

Then she discovers that the Harbingers, seven fallen sorcerers, want to wipe the planet clean of humans and install themselves as new lords of an unfettered magical realm. And when they unearth the Apocalypse Scroll, the possibility of a fiery cosmic do-over suddenly becomes very real.

There’s only one chance to break Greyson’s curse and save the world from a fiery Doomsday – and it’s about to fall into Dru’s magically inexperienced hands....