You Have the Right to Remain

Last go around we talked about the business of writing and my opinion on FTL markets.

This time we are going to talk about the business of writing but we are going to move up the ladder to small press anthologies and a bit that can apply to any contract for longer works at publishers of varying sizes.

Today we talk about rights.

The entire publishing game is about rights. (Publishers don't actually buy your story they buy the right to publish your story. You own it, it is always yours.) This becomes more and more true as we move further and further into a digital publishing world and into more and more publishers both consolidating their business and trying to expand into other revenue streams. Now if you have an agent you may feel that you don't need to read this, and I hope you are right, but I'd be better safe than sorry and sit through this thing anyways.

Once someone has offered to buy the right to publish your story, whether it is in short form or long, you begin the talk about all the other rights that come along with it.

How long does the right to publish extend? How many languages/territories can the publisher put your story in? How long is their exclusivity? Who holds the foreign language/audio/film/graphic novel rights?

I'm going to hit the high points as it relates to small press anthologies for short fiction and you can extrapolate from here.

The reason I am doing this is because I do a LOT of anthologies. I do them for small and large publishers and there is no standard contract. Most of them are reasonable. Some are absurd. Recently I had an experience with an anthology I have a story in where I received the contract and it asked for two years exclusivity, the ability to reprint my story indefinitely (unclear language actually gave this right whether in the anthology or as a single) electronic and print, foreign rights, audio rights, and more all for a payment of about $80.

I sent back a list of changes immediately. They were accepted and everyone got new contracts.

As I did so, I was thinking: You know, if this was your first anthology contract you would have signed it and not thought anything about it.

And so here is my list of basic rights that happen in small press anthology contracts and what I think is reasonable for you to give.

First print and electronic: Obviously these will be granted. Unless this is an ebook-only release and if so then HANG ON TO YOUR PRINT RIGHTS. You should also stipulate that this right is only in the context of being in the greater collection. You should retain all rights to your story as a standalone.

Exclusivity: Some exclusivity should be granted but you want this window to be as small as possible. I like two months and won't kick at three, but the most I think you should ever give to a small press anthology is six months. The thing to keep in mind is a small press probably does several of these anthologies a year. They are not promoting your anthology past a few weeks, months at the most. After that you are sitting around with a story doing nothing for you. If you had your rights back you could sell it as a reprint, collect it into your own indie short collection, or even put it out yourself to promote yourself for free.

Audio rights: No. Again, you can make an exception as part of the whole anthology being done in audio, but again, if this is enacted you need more money. The more money part and its amount should be specified in the contract.

Film rights: HA! Good try. Not just no but hell no. Do not ever give an anthology film rights to your story no matter what. This right is something you hold on to with all you have. And remember while you do that many movies are made from short stories. MILLION DOLLAR BABY and BROKEBACK MOUNTAIN were both short stories.

These are just the basics, but they can be important. Again, things are different for novel sales but the concepts are the same. When someone wants your story and offers to pay you for it you get a contract. These contracts are negotiable, with or without an agent, as long as you are being reasonable. The advice I gave is completely reasonable.

Until next time, take care of yourself and each other. 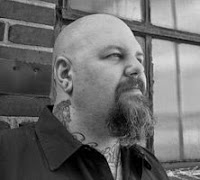