Crafting Emotion: The Importance of Matching Actions To Feelings 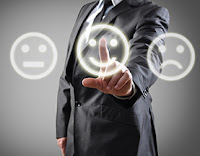 I recently read a novel whose premise should have been a big hit for me…but whose execution ended up being a tremendous miss. It was disappointing and, since I always want to give every book I read the fairest of shakes (and because I want to know what to avoid in my own writing), I analyzed why—was it me…or the book itself?

Turns out the issue is the same thing that makes me doubtful of Steven Avery’s innocence (yes: I said innocence. Hate me later) in Making a Murderer. Steven Avery is the quintessential unreliable narrator of his own troubling tale, and why? Because his actions don’t match the emotions that should be typical, given his set of circumstances. For example, when listening to Steven’s dialogue with family members, notice how he says he feels bad, but never, except in the most superficial way, demonstrates empathy or compassion for the victim Theresa Halbach, or for his poor, cognitively bereft nephew Brendan Massey. This lack of empathy is the opposite action of what we would expect from the gentle, slow-witted ‘victim’ this docu-drama implies Steven to be. Steven’s words and the way he says them pull us out of the ‘story’. They make us say “Wait, what?” and reconsider our opinions. And that may make for a compelling Netflix smash, but….

When actions and feelings don’t line up in fiction, it can lose the reader just as quickly.

Emotions need to match actions, and actions need to also keep time with whatever is going on internally in the body (and here is a biological fact: when you are dead-scared, adrenaline is pumping through your system. Your belly and bowel are loose. Your entire being is in fight-flight-or-freeze mode….you will not want to have sex. Just sayin’.)

When the Character is Genuinely Ambivalent: It is entirely possible to feel two different ways about one thing at the same time. But as an author, you need to ground your reader hard in understanding the dissonance your character is experiencing so that they will, in turn, buy the disparate feelings your character has.

In Mad-cap Fiction: When crafting humor, some of the typical expectations about feelings and actions being congruent take a holiday—and in these cases, maybe your heroine really is jarred by the burlesque draperies in the antagonist’s lair (“If his fingers didn’t throttle me, the sheer number of tassels on these curtains just might.”)

A Deeply Disturbed Character: Back to Steven Avery—here is a man who is flippant at best when conveying empathy for his nephew and the victim, and yet…here, also, is a man who has an IQ of 70. In other words, sometimes there are mitigating (and often dark) factors that can derail the congruence of emotion and action. In Steven’s case it may be that he lacks capacity. In other folks, like your characters, it could be things such as mental illness or personality disorders that generate a disequilibrium. When these incongruencies occur, though, the author has usually made the mitigating factors explicit within the conveyance of their characters. (Some authors who are masters of this technique are grit-lit writers like Ron Rash and Tom Franklin, whose damaged, disturbed characters sing off the page. Please check them out if you haven’t already).

Any other examples of emotions not equaling the behavior/action you’ve seen in stories? Let’s discuss. We won’t debate Steven Avery on Janice’s blog, though—but you can school me to your heart’s content on my Facebook page if you like it up: Bonnie Randall Writer. Let’s chat!