How to Be Your Own (First) Manuscript Doctor 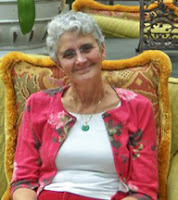 Being able to look at your writing critically is a valuable skill. Some of us come by it naturally, but most of us need practice or guidance to know what to look for to turn our first drafts into final drafts. Nancy Raines Day visits the lecture hall today, to offer that guidance on how to be our own book doctors.

In addition to authoring numerous children's books, Nancy writes for educational publishers and consults on picture book texts for members of the Society of Children's Book Writers and Illustrators. Her first children's book, The Lion's Whiskers: A Ethiopian Folktale, was hailed by the New York Times as one of five notable picture books of the year. She earned a BA in journalism from the University of Michigan and an MA in literacy journalism from Syracuse University. A member of the Authors Guild, Day lives with her husband and three cats on St. Simons Island in Georgia. Nancy is celebrating the "book birthday" for her hot-off-the-press picture book, What in the World? Numbers in Nature today! Learn more about her books: Bookshelf: By the Numbers and at Simon & Schuster.

Take it away Nancy...

Besides being the author of nine picture books and counting, I have been a free-lance editor—sometimes known as a manuscript doctor—for SCBWI members for a decade. Before that, I spent several years as an instructor at the Institute of Children’s Literature.

I enjoy helping other writers find the best way to tell their story so they can reach their intended audience. Some are looking to impress an editor who will want to publish it; others want professional help to whip it into shape for self-publishing. (As a some-time reviewer of self-published picture books for Kirkus Indie online, I wish more in the latter category would see how vital it is to have other eyes—a sharp editor’s—on their manuscript before publication!)

I specialize in picture books, but will concentrate here on points that could apply to fiction for older kids as well. I’ll point out some common pitfalls that mark manuscripts that are not yet ready for prime time. Avoid these to stay on the road to successful publication.

Omit needless words—Read this section in Strunk and White’s (yes, that’s E.B. White of Charlotte’s Web fame) Elements of Style, 4th edition, p. 23. Here’s an example from instructions for an Italian cappuccino maker: Take the amount of water than can be contained in one third of one cup and pour…. Instead: Pour 1/3 cup water.

Cut anything that doesn’t move your story forward—every sentence, paragraph, and scene has to pull its weight. Edgar Allen Poe was a master in making everything in a short story work toward a single effect—and wrote about doing it.

Visual details or action can often be better shown in the illustrations—no need for duplication.
For the viewpoint character, everything in the story is what he/she saw/heard/felt. No need for “he heard,” “she saw”, “I felt.”

2. Show character’s emotions instead of telling them


In real life, children figure out how people feel by what they say, do, and look like. Let young readers decipher characters’ feelings from dialog, actions, and body language. That puts the reader right into the character’s shoes, and makes a story emotionally involving. Example: Instead of “He was scared”, try “His hands trembled.”

For ideas: Check out “Emotion Amplifiers” and other helpful tools.


“Couch potato” verbs need propping up by adverbs. Instead of “He went quickly,” you might say “He ran/raced/hurried”. Go for the strongest, most active, and most specific verb you can muster.

Use words that your character would use, given his or her age, personality, and experience.

4. Weed out punctuation and grammar mistakes


Consult a style guide when you’re not sure where to put those commas and quotation marks, or you could use a refresher course. The Elements of Style is one. Or consult Grammar Girl.

Use the grammar check feature on Word.

Start a new paragraph for a new speaker (or actor).

Laughing or smiling is not a way of speaking. Separate it from a quote. Example: “Come here, my pretty.” The witch laughed.

Variety is the spice of life. Don’t overuse one sentence construction, such as: …he said, while picking berries. …she said, while painting the fence.

Change passive construction to active wherever you can. Example: Instead of: Andrew received a present from Angela. Write: Angela handed Andrew a box. See how the second creates an image for the reader—and suspense. What’s in the box?

Pick present or past tense and stick to it. No changing tenses midstream!


For middle grade and up, ever notice how many main characters are orphans or have parents who are missing in action? For picture books, you can at least leave adults in the next room. Adults may act as a role model, tell stories, or give advice, but let the main character solve the story problem.

6. Don’t be afraid to get a kid character in trouble


Remember, this is only fiction. Readers will see what happens to the character and may not have to do it themselves. The more conflict in the story, the more readers get pulled in. Conflict creates drama.

7. Never let the truth stand in the way of a good story


If your story is even partly based on a personal experience or reminiscence, change the names to protect the innocent. The beauty of fiction is that you can change what happened and shape it to the narrative you’re creating.


In a nutshell, a satisfying story contains these elements:


Picture books have 14-15 spreads. I write in that many “scenes”, visualizing what the illustrations might show on each. I skip a line in between (which I take out before sending).

Beware of pages with “talking heads”—all talk and no action.

The story problem should be evident by the third or fourth spread. The main character makes the magic 3 attempts at solving the problem or overcoming obstacles, reaching the climax around the 11th spread. Example: Julius, the Baby of the World by Kevin Henkes

10. Stay in the viewpoint character’s point of view


Zero in on what the POV character notices, sees, hears, feels and smells—the more senses involved, the better. Books are the best way we have of walking a mile in someone else’s moccasins.

Don’t have events happen out of the POV character’s sight/hearing. (For example, if Jenny is asleep, don’t quote what her parents are saying upstairs.)

Keeping these points in mind should give you a basis for doctoring your own manuscripts. They may also come in handy when critiquing others’ work in your writers’ group. It’s often easier to see the problems in other people’s writing than in your own!

About What in the World? Numbers in Nature 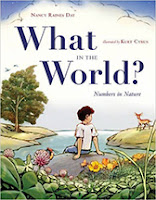 Discover nature by the numbers in this gorgeous, innovative counting book.

The natural world is full of sets of numbers: from birds’ wings in twos and clover leaves in threes to deer hooves in fours and octopus arms in eights. This book uses playful rhyming text to explore these numerical sets in vibrant detail, ending with the stars in the sky—a number set too big to count!