Understanding Your Hero’s Life BEFORE the Journey Begins 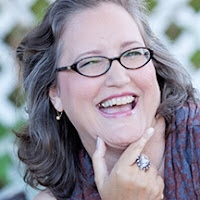 JH: Characters don't exist in a vacuum, and while we don't want to tell readers every single thing that ever happened to them, it's a good idea for us writers to know the life-shaping events of our characters' pasts. Rachel Funk Heller visits the lecture hall today to show why those early days of a character's life are so vital (and helpful) to your story and plot.

Rachael began her career as a journalist and worked as an independent television writer/producer for over two decades. She is a former CNN producer who worked in both the Atlanta headquarters and the Washington D.C. bureau. She is the author of The Writer’s Coloring Book® available at writerscoloringbook.com.

Take it away Rachael...

Aloha Janice, thank you so much for letting me stop by. I wanted to share something with your readers that I have found very useful in planning my writing projects. I’m sure you have all heard about “The Hero’s Journey” it is universal narrative first described by Joseph Campbell in his book, The Hero With a Thousand Faces. Campell’s idea was adapted by Chris Vogler in his book, The Writer’s Journey so writers could see how to adapt this pattern for Hollywood movies and other projects.

The journey begins in what Campbell describes as the “ordinary world,” describing the main character’s life before the first incident that gets the story started. Vogler describes the ordinary world:


“THE ORDINARY WORLD: The hero, uneasy, uncomfortable or unaware, is introduced sympathetically so the audience can identify with the situation or dilemma. The hero is shown against a background of environment, heredity, and personal history. Some kind of polarity in the hero’s life is pulling in different directions and causing stress.”


It occurred to me that before you start working on your plot events, it would be a good idea to look at your character’s “personal history” to see what is going on that is pulling him in different directions. The answer that came to me was: Pressure.

What is the source of this pressure? Your character does not live in a vacuum. Like the rest of us, your character is a member of several different groups of people. I call these groups “societies,” in The Writer’s Coloring Book. These societies come in all shapes and sizes. From your character’s family, his close friends, or his work colleagues. Now, depending on the genre you write in, these groups could be a tribe, a military platoon, or a secret sisterhood. The idea is to get you thinking about a variety of groups. And to create groups that are very different from each other such as different core philosophies, or different socio-economic levels.

But you might be thinking that your story is small and there will not be scenes in your book featuring these groups. That is perfectly fine, these groups may never show up in the book, but your main character falls under the influence of these people. And they are putting pressure on your character through their expectations.

Again it’s not that you are going to write the sausage vs. Vegan story. Maybe the main narrative is about how your character decided to reject all of these groups, picked up and moved to an artist commune to pursue his true love, to become a famous sculptor. All of this pressure and expectations are part of your character’s backstory. Your main plot may be about your character’s struggle with his artwork, his rise to fame and his creative struggles. But as you begin to write your story, you realize that you might need a subplot. What if the old girlfriend comes after him? Or what if he gets news that his high school buddy did join the marines and was killed in action? What if he finds out that the family sausage making business went bankrupt because he bailed out on his family?

By looking at these groups of people that your character interacts with BEFORE he follows the “Call to Adventure” you are giving yourself a valuable plot/character generating tool was you go on your writer’s journey and create your storyline.

About The Writer's Coloring Book 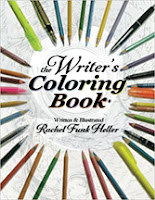 HARNESS BOTH SIDES OF YOUR WRITER’S BRAIN WITH THE WRITER’S COLORING BOOK® AND WRITE BETTER STORIES WITH LESS FRUSTRATION.

You’re working on a new project — a novel, a screenplay, a video game — and your mind is flooded with great ideas. You’ve got a unique vision, but you don’t know where to start. Enter, The Writer’s Coloring Book.

You’ve written that first draft and it looks nothing like your original vision — What went wrong? The Writer’s Coloring Book is here to help.

Nothing beats the emotional highs of being a writer: creating three-dimensional characters who live and breathe in detailed and fantastic story worlds, exploring the writer’s craft, creating evocative images and beautiful language. And yet there are the lows, when the words on the page don’t come close to capturing that mini-movie you saw in your mind’s eye.

The Writer’s Coloring Book helps meet the demands of modern writers who want to craft deeply moving stories that their readers will fall in love with. It’s a playground where your passionate dreamer mind can roam free, while your rational planner mind constructs a sound story line and manages key elements such as character, point of view, tone, imagery, and theme.