Red Ink In the Trenches: A Copyeditor’s Perspective 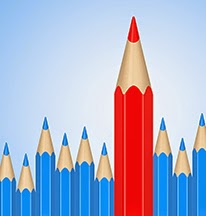 I’m going to try to give some different perspective and insight on four common—and often agonizing—questions faced by indie authors:

1. Should I hire a copy editor?

The short answers to these questions are (1) YES; (2) it varies; (3) that depends; (4) if you’re willing to work hard, you can probably do enough to make a huge difference to the published ms.

In more detail, then:

First off, copy editing doesn’t come cheap. The copy edit on an average-sized novel can run from $800-$1,600 and even more, but believe me when I say a good copy editor earns their money. To go through a 100k-word novel takes me, on average, 35-45 hours, and the work can be quite intense.

So what does the indie author get for their money? That will depend enormously on whom you hire; but perhaps a summary of my own experience in editing indie authors at both novel and novella length will serve to clear up some questions.

My own editing style goes beyond simple copy editing to address stylistic and occasionally developmental/substantive items. On average, a 100k novel will generate between one and three thousand tracked changes, and anywhere between fifty and two hundred inline comments. Once I turn in a job, the author typically spends two to three days accepting/rejecting all the changes and probably another day or so addressing the inline comments.

Truthfully, most of the indie work I see as a freelance copy editor is rough enough that, published in its original form, it would get a good many poor reviews and annoy more than a few readers, with the probable result that many would not finish the book. Spelling, grammatical, and stylistic accuracy are every bit as important in keeping the reader on board as are character, plot, and setting!


The good news is that there are a number of very common issues every editor sees over and over again, and most of these aren’t beyond the skills of a determined author on a budget to fix. Taken together, these items make up well over half the edits in most manuscripts I see. Let’s look at what these common issues are.

The first advice I’d give is, don’t overload your sentences. A good deal of any copy editor’s time is spent fixing sentences which just don’t quite work…close, but no cookie. The most common cause is the writer trying to cram too much into one sentence, often by using present participles (-ing ending verbs). An example might be,


The next thing he knew was the car screeching to a halt alongside him, the driver’s door opening and the fat man getting out, gun in hand, pointing it right between Harry’s eyes as he was yelling, “Freeze, mister!”

This kind of thing is painful. Even when there’s not anything actually impossible going on (and present participles are often flags for actions which can’t happen simultaneously, no matter how much the author would like to think they can), these sentences are a mess of barely identifiable subjects and objects, ambiguous pronouns, dangling modifiers, and so on. The fix is usually to break the sentence up and use simple past, like so:


The next thing he knew, the car had screeched to a halt alongside him. The fat man climbed out of the driver’s door, gun in hand. He pointed the barrel right between Harry’s eyes and yelled, “Freeze, mister!”

(You could legitimately leave one participle in there: Pointing the barrel right between Harry’s eyes, he yelled, “Freeze, mister!”. Stylistic choice.)

Perhaps the next most critical issue is consistency. This applies to so many things, from naming characters in narrative (settle on a first or last name and stick to it), to consistency in capitalization, when to use numerals instead of words, the ins and outs of hyphenation, and a myriad other details. The writer who really cares and wants to get these things right will buy a copy of the Chicago Manual of Style (aka CMoS, the standard reference book in use in the US), and study it often. In the course of this, the writer will discover that the following are correct (if contrived). Look closely:
Bottom line? Be consistent from start to finish. In the case of words frequently used together (real time vs. real-time or even realtime) usage changes, and in many cases both versions may be correct. In these cases, choose one style and stick to it.

Commas can drive you crazy. Whatever anyone tells you, comma use in English is as much art as it is science, though there are some broad rules. First off, the serial (or Oxford) comma: though it’s fashionable to argue against it, really can eliminate confusion and in any case does no harm—none. The serial comma is simply the last comma we put in a list of three or more items with a single conjunction.

The following example, where I’ve omitted the serial comma between the last two elements, should make it clear why it’s best to use one:


“I owe it all to my parents, Jane Austen and Jesus.”

Just use the serial comma consistently and all will be well.

Although a good rule of thumb when in doubt is to use a comma whenever you’d hear a slight pause in reading, this can result in overuse. The purpose of the comma is primarily to prevent confusion and make reading easier. CMoS has pages and pages on comma use, and I strongly recommend becoming familiar with them.

Next are commonly misused words. There are plenty of lists of these online, and I encourage you to seek them out and learn them thoroughly; but the ones I see most frequently are:
Rather more subtle, since they involve grammar, but very important to get right, are the following:
A lot of authors also seem to have a problem using the past perfect, aka pluperfect, tense (he had thought vs. he thought) correctly. This leads to problems such as this:


He had gone to ask her father’s permission. The butler had let him in and had told him to wait. Her father had been dubious at first, then had finally come around.

Looking back on it now made him chuckle.


He had gone to ask her father’s permission. The butler let him in and told him to wait. Her father was dubious at first, then finally came around.

Looking back on it now made him chuckle.

Another thing I see a lot of in fiction is failure to use (or insufficient/inconsistent use of) contractions in dialog, resulting in stiff, formal-sounding speech. Unless your character is a stuffy old Oxford professor or a wannabe evil overlord, please don’t let them say things like, “I do not think that is enough: I will not accept it.” My own style is to use contractions freely in narrative as well.

We should also address speech tags like he/she said—and please stay away from swifties and said-bookisms, which you should google if you aren’t already smiling at the mere mention of them. Many writers use too many tags, and occasionally too few. Rule of thumb: it should always be clear who’s speaking. In the case of two people speaking, tag one or other speaker every three/four exchanges so as to not confuse the reader; in the case of multiple speakers, tag whenever a new speaker breaks in.

As well as simple typos, fix repeated words. Very often I’ll find an author repeats a word used just a sentence above, or even several times in a paragraph. Try not to do this. English is a phenomenally rich language, so instead of saying “plane” three times in a short paragraph, switching the middle instance to “craft” avoids repetition without sounding flowery.

Finally, the word “then” at the beginning of a narrative sentence should almost always be deleted. Trust me.

Together, these items cover the vast majority of the edits I find myself making in most client manuscripts. At the stylistic/substantive level, for which I use inline comments, many of my notes consist of places where either (i) more interiority—internal thought, aka free indirect speech—is needed, or (ii) where more setting description is required to keep the reader grounded and prevent “white room” syndrome.

Of course, there’ll always be many instances of possible confusion, lack or excess of information, and so on, that you, the author, are going to find very hard to catch. The best advice I can give here beyond using good beta readers is to let your manuscripts cool for a few weeks after your main copy edit pass for the items above, and then come to it fresh and read it slowly and with a critical eye.

In conclusion, copy editing your own work is difficult, but a great deal can be done if you have the determination and a copy of the CMoS. It really helps to read the work aloud, and slowly.

Do any of the above sound familiar? What’s your experience with copy editing your own work?

The use and misuse of present participle
Commonly confused words, with meanings
Using the past perfect tense
When to use lie vs. lay

Finally, fellow Indie Author Series bloggers Marcy Kennedy and Jordan McCollum have addressed this important topic before from the author’s viewpoint. Their posts are linked below: 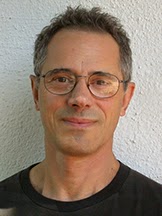 Dario Ciriello is a professional author and freelance editor, and the founder of Panverse Publishing. His nonfiction book, Aegean Dream, the bittersweet memoir of a year spent on the small Greek island of Skópelos (the real "Mamma Mia!" island), was a UK travel bestseller in 2012 and has recently been published in Poland. His first novel, Sutherland's Rules, a crime caper/thriller, was published in 2013. Free Verse and Other Stories, a collection of Dario's short Science Fiction work, was released in June 2014. He is currently working on his second novel, another thriller. Dario has also edited and copyedited over a dozen novels, as well as three critically-acclaimed novella anthologies. He lives with his wife in the Los Angeles Area.